Chinese phone maker Xiaomi will be unleashing yet another flagship soon. With this move, the Beijing-based tech group is out to reinforce its gradual climb to the top of the list of smartphone producers.

Years back, the entry of the Mi brand has provided an inside glimpse into what specifications the Lei Jun-led company can actually come up with. The promising series model has now catapulted Xiaomi into elite contention.

As of late, the Chinese organization will be unveiling the Mi6 to sustain its presence and growth in the mobile industry. Xiaomi is leaning on the reliability of its brand at affordable prices. The upcoming flagship will reveal a metal case with a distinct finish and on its rear side, a glass frame is instituted.

In terms of display, the 5.2-inch unit will be unfolding the 4K experience on its screen. With an anticipated pixel per inch (PPI) calibration that is close to 700, the device will be banking on its 4096 x 2160 resolution.

With regard to performance, the handset will be powered by a 16-core system that runs between 2.5 to 2.7GHz. Aside from functioning efficiently, it is also able to store data quickly.

Users and enthusiasts of the Xiaomi Mi6 will be looking at the phone's sophisticated camera. It is perceived that the device will be equipped with a 7MP front-facing lens and a 23MP rear photo tracker.

Memory for the unit comes in three models. People have the option to choose the 32GB, 64GB and the 128GB storage capacities. A micro SD slot is also made available to provide an expanded data bank.

The new Xiaomi flagship has been fitted with a wireless charging capability. Its battery is armed with a 4,000mAh energy rate which is expected to extend the usage of the handset.

The unit will also be presenting an outstanding feature. A retina scanner will be integrated into the Mi6. In line with this, a user's optical element can be utilized to process transactions at Google Play Store and other sites where security authentication will be necessary.

According to rumors, the Xiaomi Mi6 will have two variants. The Xiaomi Mi6 Pro will have a curved frame while the other will possess the regular flat structure. A 6GB and a 4GB RAM, respectively, will be fitted into the smartphones. 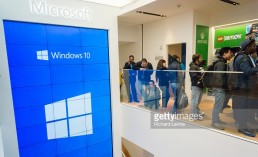 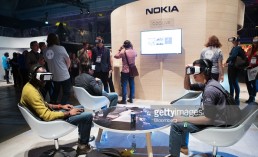 Nokia 6: Nokia’s First Android Phone Will Be Out Shortly; Everything To Know [Video] 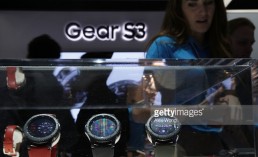