Apple Inc. patrons are looking forward to the MacBook Pro 2017 which might be engineered with Intel Cannon Lake processor. With that being said, it appears that the next iteration of MacBook Pro will hit the market shelves in 2018.

According to Apple Insider, the MacBook Pro 2017 might be equipped with Intel Cannon Lake processor which will be the first generation of Intel chipset that will be manufactured utilizing a 10-nanometer process. This system will aim to deliver performance as well as a lessening the power consumption of the device.

It was also noted that for Apple, the Intel Cannon Lake chipset will encompass a support for LPDDR4 memory. This will let the creation of a MacBook Pro 2017with up to 32 gigabytes of memory. Nevertheless, the MacBook Pro is improbable to see a change to 32 GB of RAM in the short term because the Cupertino-based tech giant is not likely to furnish its laptop lineup with a new RAM controller which will allow 32 GB of more power-hungry DDR4 support.

Furthermore, Droid Report stated that the Intel Cannon Lake processor will not become available until next year. This would basically mean that there is a probability that the MacBook Pro 2017 will be engineered with other chipset or perhaps the device might be launched in 2018. Definitely, when the upcoming MacBook Pro comes to materialize, Intel will be having its upcoming chip announced which may cause the laptop to be one step behind schedule.

Aside from that, rumors suggest that Apple Inc. will be more careful with the Touch Bar for 13-inch and 15-inch MacBook Pro 2017 since it has given the previous MacBook Pro owners some sort of security problems. In addition, the Cupertino-based tech giant will reportedly furnish its upcoming device with OLED display. There were also reports stating that the MacBook Air will be replaced with 13-inch MacBook Pro without Touch Bar.

If Apple will utilize the Intel Cannon Lake processor to MacBook Pro 2017, the possibility is that it will be released in 2018. Moreover, the tech giant could also use other chipsets thus making its upcoming MacBook Pro hit the market shelves this year. 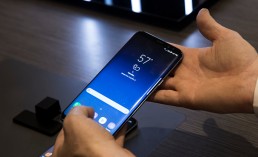 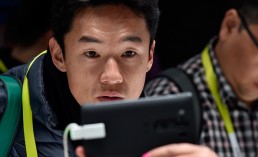