In anticipation of tonight's second week of auditions, America's Got Talent has slowly been releasing sneak peek videos.

In a clip shared by The Wrap, contestant, Chase Goehring, auditions by performing an original song called Hurt.

For those who have been following reality singing shows the past couple of years, Goehring might seem quite familiar because of his audition from the third season of The X Factor.

Cowell was a judge on The X Factor when Goehring auditioned, although, the pair's history was not mentioned in the clip.

After introducing his song to the judges, Goehring receives instant cheers from the crowd after a few seconds of singing. A rap breakdown seemed to impress the judges the most.

Even though the clip didn't reveal if Goehring made it to the next round, his standing ovation from the judges made his fate clear.

Goehring auditioned in 2013 on The X Factor. Advancing to the top 40, he met his end in the competition during the infamous Four-Chair Challenge.

Since then, he has built a strong fanbase on social media, where he has over 80 thousand followers.

Anticipation for Goehring's America's Got Talent run is expected to dramatically increase after his audition airs.

America's Got Talent airs tonight on NBC at 8 p.m. In addition to newcomer host, Tyra Banks, the show is guided by its panel of celebrity judges including Simon Cowell, Howie Mandel, Mel B, and Heidi Klum. 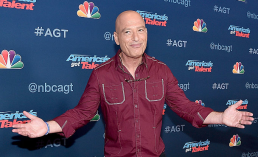 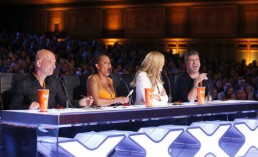 America's Got Talent Season 12 Premier: The Top 3 Acts That Stole The Night (VIDEO) 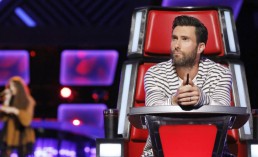