Miley Cyrus is said to be killing it on the set of The Voice and according to a new report, her recent transformation may be credited to her fiancé, Liam Hemsworth.

In recent months, Cyrus has undergone quite the transformation and as she and her co-stars, including Adam Levine, Jennifer Hudson and Blake Shelton, film the 13th season of the NBC singing competition, sources claim Hemsworth continues to influence her for the better.

“Miley is killing it on set at The Voice this season,” a source revealed to Hollywood Life on Monday. “It’s mostly because she feels like an entirely different person. She has a new focus, clarity, and energy that has everything to do with her love for Liam.”

Cyrus and Hemsworth reunited at the end of 2015 after splitting in 2013 after a short-lived engagement. Since then, the couple has kept a low profile as Cyrus continues to focus on her gig on The Voice and her career in music.

“Thanks to Liam’s love, support, and encouragement, Miley has gone super healthy, fully vegan, organic, and has cut off all intoxicants,” continued the source. “Gone is the artist who sang about doing lines in the bathroom, now Miley has gone completely sober and her work on The Voice has changed for the better.”

Nowadays, rather than exposing herself in magazines and twerking, Cyrus spends her free time doing yoga after embarking on a super-healthy lifestyle.

“She has more energy, more enthusiasm, and her creativity is soaring,” the source added. “Last season producers had given her an extra trailer for her to imbibe in and this season that same extra trailer is used for her to practice yoga.”

Miley Cyrus returns to NBC in The Voice Season 10 this October. 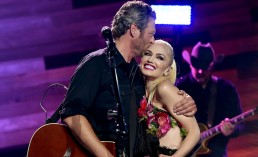 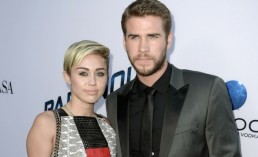 Miley Cyrus 2017: She And Liam Hemsworth Prepare For Fall Wedding In Australia? [VIDEO]