Kailyn Lowry confirmed her plans to divorce Javi Marroquin in May 2016 and months later, the Teen Mom 2 couple signed up to appear on WEtv's Marriage Boot Camp: Reality Stars, where they attempted to salvage their three-year marriage.

Although fans had been kept in the dark about the exact reason behind their decision to part ways, aside from a few rumors and tons of speculation, they are learning new details about the breakup via a sneak peek clip of Marriage Boot Camp.

“I slept with your best friend!” Lowry is seen yelling at her former partner, who is also the father of her three-year-old son Lincoln.

Following the release of the sneak peek, Marroquin shared the clip with his fans and followers on Instagram.

“I’m not ready to relive these emotions all over again. Looking back at it, this might’ve been the hardest experience I’ve ever been through. Tune into @wetv this October. #don’tchasewaterfalls,” he captioned the sneak peek of the reality series' new season.

According to a report by Hollywood Life on September 6, Lowry recently revealed on an episode of Teen Mom 2 that her ex-husband had requested child support for their child.

“I always knew he had it in his back pocket, but I didn’t think that he would actually file,” she said about his request. “It says the petition is for child support and medical support.”

Lowry went on to reveal that Marroquin could get health insurance for Lincoln through his job and noted that he had been having his parents live with him in an effort to save money and help with daycare expenses.

“He told me it was for a savings account,” Kailyn told an MTV producer. “But no — it’s because he wants to be spiteful, and he…wants the money. I feel like it’s a slap in the face, but nothing Javi does surprises me anymore. At all.” 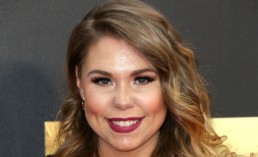 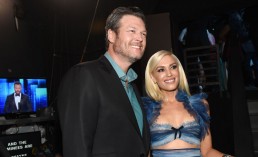 Gwen Stefani Songs: Is She Writing More About Her Love Story With Blake Shelton? [VIDEO]