Former child actor Corey Feldman has set up a crowdfunding page to make a documentary that he claims will expose the rampant pedophilia that exists in Hollywood.

The Goonies and Lost Boys actor has previously opened up about how he and his late Two Coreys co-star Corey Haim were sexually abused by older men in the industry.

On Wednesday, Oct. 25, Feldman posted a seven-minute video on YouTube talking about his plan to take the wraps off sexual abuse in Hollywood through the medium of a documentary based on his life, which he has dubbed a "Truth Campaign," and hopes to raise $10 million over the course of two months to fund the project.

"I told everybody a few days ago," Feldman says in the video. "That I had a plan to hopefully bring to light what is happening in the world of entertainment as far as perverts and pedophiles and all the topics we've been discussing."

The former child star also promises to bring to light a "pedophile ring," which he claims he was introduced to during his early years in the industry. He also points out that he can name at least six people, including one who is still considered a powerful figure today, and expose the involvement of a major Hollywood studio.

The crowdfunding campaign, posted by Feldman's wife, Courtney Mitchell, states that the $10 million will not only help Feldman to write, direct and distribute a feature film but also cover security and legal expenses to protect his family.

Feldman has been very outspoken about the sexual abuse he suffered as a child along with Haim in the industry. He claimed that Haim was raped at the age of 11 on a movie set by a man, and was even threatened with legal action by Haim's mother Judy for talking to the press about the abuse her son suffered when he was young.

"I'm not alone," he adds. "I know there are thousands of others that have experienced what I have experienced in the entertainment industry. I also know that there are peers of mine who know exactly what I'm talking about and know all of the details but have been afraid to come forward with their own truths." 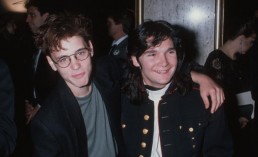 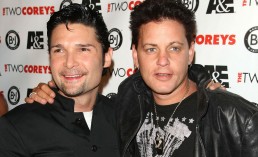 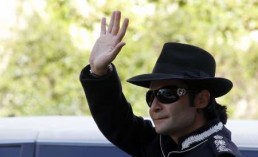