Selena Gomez and The Weeknd are going strong but will they soon team up on a new song?

According to a new report, the 25-year-old "Fetish" singer would love to team up with a number of the musicians, including Taylor Swift, Demi Lovato, Ed Sheeran, and, of course, her boyfriend of several months.

“Selena would love to collaborate with almost all of her closest friends,” a source close to the singer revealed to Hollywood Life on October 27. “At the top of her list, she is eager to work on a track with her boyfriend The Weeknd. Beyond that, she loves the music of Demi Lovato and even Ed Sheeran. She is surprised that after all these years as besties she has never worked on a song with Taylor [Swift] but she would love to eventually do that."

As for who she wouldn't be collaborating with anytime soon, the insider said that honor belonged to Gomez's ex-boyfriend, Justin Bieber, who she shockingly spent time with her last weekend. Although a leaked Bieber track hit the web around the time of their hangout, which was titled "Faithful," the Hollywood Life source said that Gomez would not be rushing into the studio with Bieber anytime soon.

"They are cool and they are in a good place so Selena wants to keep it that way. Doing a track with Justin might drudge up old emotions and Selena is in no hurry to go back down that road,” the insider explained.

As for what's next for Gomez, it was recently announced that she would be performing at the 2017 American Music Awards in November. As fans of the singer may recall, Gomez appeared at last year's show after taking several months away from the spotlight to focus on her mental health.

Gomez and The Weeknd were first seen with one another this past January in Santa Monica. At the time, the couple's relationship was new and in the months that followed, they proved just how serious they are. In fact, weeks after their relationship debut in Southern California, the couple embarked on a sight seeing tour in Venice and Florence, Italy, where they were spotted in several different locations.

While The Weeknd is currently on the road as his Starboy: Legend of the Fall Tour continues, he and Gomez have been spending as much time together as they can and were recently photographed at Universal Studios in Hollywood, California. 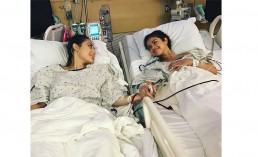 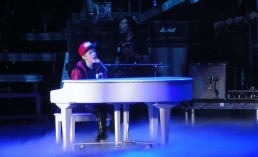 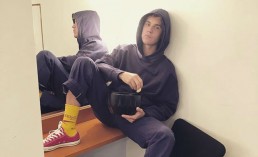