Taylor Swift has released the full tracklist of her upcoming album, Reputation, days before its arrival on Friday, Nov. 10, after it was leaked online by a fan.

Swift's upcoming sixth studio album comprises of 15 songs, including a collab with Ed Sheeran and Future, as well as the four previously released tracks, "...Ready For It," "Look What You Made Me Do," "Gorgeous" and "Call It What You Want."

The 27-year-old singer shared the tracklist on Instagram just hours after the leak and also included some of the production credits in addition to the album's back cover art. Swift has been credited as the executive producer as well as co-producer of the LP along with Jack Antonoff, Max Martin, and Shellback.

Over the last couple of weeks, there were rumors that Swift's forthcoming album would include a superstar collaboration with close friend Ed Sheeran and hip-hop heavyweight Future. Swift has finally put the rumors to rest with the release of the tracklist, which includes a song titled "End Game," featuring the "Shape of You" hitmaker and the rapper.

Other previously unannounced song titles include "I Did Something Bad," "Don't Blame Me," "Delicate," "So It Goes...," "Getaway Car," "King of My Heart," "Dancing With Our Hands Tied," "Dress," "This Is Why We Can't Have Nice Things" and "New Year's Day."

While "I Did Something Bad," could be a reference to her re-ignited feud with Kanye West and Kim Kardashian, after the rapper released the infamous "Famous" phone call, "New Year's Day" could be about her break-up with former One Direction member Harry Styles during a New Year's vacation in 2013. There was also a lot of chatter about Selena Gomez collaborating with Swift for one of the songs on the album, but the tracklist does not include the song.

Hundreds of lucky Swifties have already got a taste of her upcoming release. The pop star has held four listening parties at her residence in London, Los Angeles, Nashville and Rhode Island over the year, giving some fans a chance to hear the album in its entirety.

Although the album, a follow-up to her 2014 release 1989, arrives on Friday, Nov. 10, it will not be available on streaming platforms immediately, as Bloomberg pointed out. The release will be withheld for at least a week after its release as Swift's reps are still negotiating with the various platforms. However, the album will still be available to download digitally on platforms such as iTunes.

Check out the full tracklist below: 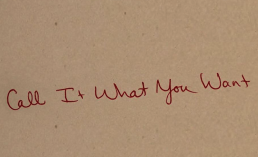 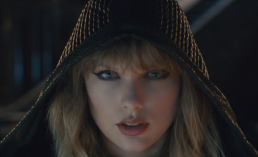 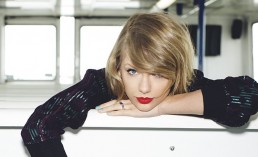