Are Brad Pitt and Jennifer Aniston on the verge of a reunion following his split from Angelina Jolie last year?

According to a new report, Pitt and his ex-wife are back in touch, and when it comes to their chemistry, an insider claims it hasn't died.

“Brad’s conversations with Jen have helped him negotiate his new life as he’s getting divorced,” the source revealed to In Touch Weekly magazine on Nov. 15. “He feels a deep connection with her.”

Although Pitt would never come in between Aniston and her husband, Justin Theroux, who got married in August 2015, he would certainly jump at a chance to get back with her if she and Theroux were to divorce.

While Aniston and Theroux have not yet spoken of any problems in their marriage, the insider said that they have secretly dealt with relationship issues in recent years. In fact, they haven't been seen together much at all because he prefers to spend time in New York City and she would rather be in Los Angeles. Last month, they were seen together just once and since September, Theroux has been hitting the red carpet for events and premieres by himself.

“Jen has a way of calming and encouraging Brad,” the insider continued, “and he’s in touch with emotions and his true self like never before. He’s come to realize that leaving Jen for Angelina was one of the biggest mistakes of his life. And while he’s not in love with Jen, he realizes how much he does love her. Brad keeps telling friends that he’s seeing everything more clearly.”

“They have reached a level of closeness and understanding that they never had when they were married,” the source added, noting that Pitt believes Aniston is the love of his life.

As fans of the actor will recall, Pitt infamously left Aniston for Jolie in 2005 after reportedly falling in love with Jolie as they filmed Mr. & Mrs. Smith. Then, just one year later, Jolie gave birth to their first child, daughter Shiloh.

Pitt and Jolie share six children with one another, including 16-year-old Maddox who they adopted from Cambodia, 13-year-old Pax from Vietnam, 12-year-old Zahara from Ethiopia, and their three biological children, 11-year-old Shiloh and 9-year-old twins Vivienne and Knox. They were married for just two years. 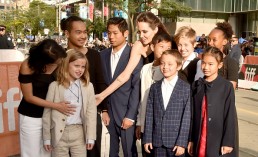 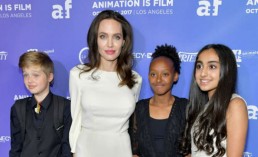 Will Angelina Jolie's Kids Spend The Holidays Without Brad Pitt? 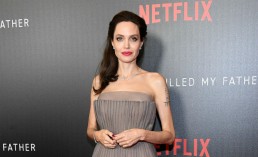 Is Angelina Jolie Getting Married? Brad Pitt Is Doubtful Her Rumored Romance Will Last