Angelina Jolie and her estranged husband, Brad Pitt, are reportedly planning a top-secret meeting in London that could result in the former couple getting back together.

Over one year after Jolie suddenly filed for divorce, a source claims that both actors, who share six children, are headed for a giant family reunion with 16-year-old Maddox, 13-year-old Pax, 12-year-old Zahara, 11-year-old Shiloh, and nine-year-old Knox and Vivienne.

“Brad and Angie are both well aware that they are headed on a collision course for filming blockbuster sequels,” a source told Radar Online on Oct. 30.

Early next year, Jolie and Pitt will venture off to London where Pitt is scheduled to begin work on World War Z 2 and Jolie will begin filming on Maleficent 2.

“The upside of all of this is that the family is going to have one big chance to be together for an extended period of time,” the source added. “It’s one of the rare times both Brad and Angie are shooting simultaneously.”

Jolie and Pitt have been splitting time with their six kids ever since they broke up last September. However, the children seem to be spending the majority of their time with Jolie and haven't been spotted with Pitt at all publicly since their breakup. Meanwhile, the kids often step out with their mom and their nannies in Los Angeles.

As for the future, the Radar Online source said that the ex-couple's upcoming trip to London may see a big change for them and their family.

“This is going to be a whole new world, and an easier one too because they will be able to co-parent while still making these huge blockbuster movies on alternating schedule,” said the insider. “If this doesn’t get them back together for real, I don’t think anything will.”

Since Jolie filed for divorce last year, she's been linked to Johnny Depp and Jonny Lee Miller while Pitt has been linked to Ella Purnell, Sienna Miller, Kate Hudson, and even Selena Gomez, who he starred alongside with in The Big Short.

When Jolie first left the Los Feliz home she once shared with Pitt, she ventured off to Malibu, California, where she and her kids lived for months in a rental. Then, earlier this year, Jolie purchased the Cecile B. DeMille estate, which is located very close to her former marital home with Pitt.

Could Brad and Angelina be working towards a reconciliation?

Let us know your thoughts below! 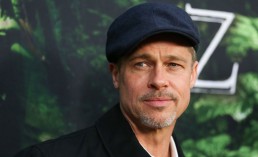 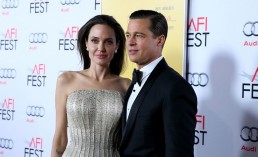