A work of art from 500 years ago has broken auction records of mind-blowing proportions. It is one of the very few paintings left in the world created — arguably by the most famous artist of all time, Leonardo da Vinci. Thanks to his most famous painting, the Mona Lisa, this is one Italian who really stood out as a pioneer in many artistic endeavors.

He was born on April 15, 1452, in Anchiano, Tuscany (now Italy) and died on May 2, 1519, in Amboise, France at the age of 67. His remarkable legacy of art has become iconic symbols that are represented and displayed in museums all over the world.

Aside from painting, da Vinci partook in invention, sculpting, architecture, music, astronomy, and literature, among other things. The list is long but these few examples should give an idea of the brilliance and talent of this iconic figure.

The Vitruvian Man, da Vinci's drawing has become an integral part of world culture as it represents the geometrical proportions of the human body.

The painting, called Salvator Mundi (Saviour of the World) was sold in a record-breaking $450.3 million at an auction held at Christie's — a very prestigious art gallery and auction house located at Rockefeller Plaza in New York.

Christie's representatives have declared the painting as "the most expensive painting ever sold at auction." The recent sale broke the record of Picasso's Les Femmes d'Alger which sold at $179 million.

Considered as one of the few da Vinci paintings still in existence, the battle to acquire the Salvator Mundi took a breathtaking 20 minutes between two secret bidders.

Attendees at the auction reportedly let out gasps of shock and elation as the bids have risen from $370 million to $400 million, and finally ending at the highest price.

Of course, in auctions, only one comes out as the victor. The winner remains anonymous.

Disappearing and resurfacing on two separate occasions between 1763 and 2005, the painting shows the face and hair of the Christ with signs of extensive restoration over the years.

In 2007, the Salvator Mundi went through more restorations by Dianne Dwyer Modestini. She is a Senior Research Fellow and Conservator of the Kress Program in the Institute of Fine Arts at New York University.

Modestini confirms with confidence that Leonardo da Vinci, who was also behind The Last Supper had indeed created the masterpiece.

Looking closely at Christ's hands, the delicate details in the curls of the hair, and the way the folds of the drapery shows its intricacies truly highlight the extraordinary ability of the Italian master of arts.

The orb in one of Christ's hands show proof of 'da Vinci authorship', due to several pentimenti — a visible trace of earlier strokes of painting beneath another layer or more layers of paint brushed right on the canvass.

Luke Syson, a curator in The Metropolitan Museum of Art also confirms the authorship of the painting as well.

"Such changes of minds are typical of Leonardo," Syson writes.

"The head was perhaps executed with the aid of a cartoon; when the picture is examined in infrared - pouncing - can be seen running along the line of the upper lip. The rest of the body has a much looser, brushy underdrawing, with further small changes of mind. This combination of careful preparation for the head and much greater improvisation for the body is characteristic of Leonardo," the curator concludes.

Perhaps, the painting 'Saviour of the World' befits its name. Its exorbitant price tag of $450 million can actually benefit humankind and actually, save the world. 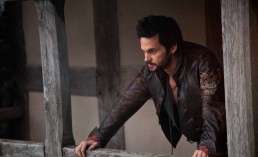 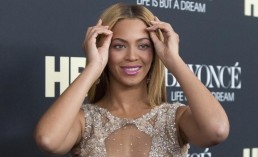 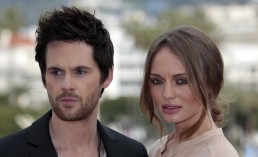