Netflix's popular drama House of Cards suffered a devastating blow after allegations against the show's leading actor, Kevin Spacey, surfaced, causing the show to halt the production of its sixth season. Spacey is now being investigated for the claims made against him. However, the show's producer, Media Rights Company, is looking to continue filming the next season without him.

In a letter to the cast and crew of House of Cards, the company's senior vice president, Pauline Micelli, states that the show will remain on hiatus for at least two more weeks until an official decision is made.

"As we move into the holidays, we want to express our appreciation for all of the meaningful messages of support we have received from you and want to update all of our loyal cast and crew on our progress and where things currently stand. We continue to work with Netflix with the hope of resuming production soon. As we continue these discussions, we have determined together that the crew will be paid for an additional two week hiatus — beginning on November 27th and continuing through December 8th," the letter reads.

The letter also addresses the difficult time the past two months have been for everyone and thanks the cast and crew for their continued loyalty to the show.

After Hollywood producer Harvey Weinstein was accused of sexually assaulting over 80 women, certain men in the industry were also called out for their inappropriate behavior throughout the years. Spacey was singled out by fellow actor Anthony Rapp, who accused the Horrible Bosses star of harassing him when he was a teenager back in the '80s. Spacey issued an apology to Rapp while also stating that he was gay, a confession that was met with poor reception and harsh criticism.

Following Rapp, more men came forward and recounted situations in which Spacey groped or indecently exposed himself to them. Spacey has since checked himself into rehab where he is seeking treatment and professional evaluation.

The once-celebrated actor won two Academy Awards for his portrayal in American Beauty and The Usual Suspects. Spacey has starred on the original Netflix series since season 1 as the main character, Frank Underwood. While the producers of the show intend to move forward, there hasn't been any news about the status of Spacey's character and if he will be replaced or written off.

Actor Christopher Plummer replaced Spacey in the film All the Money in World following the accusations. 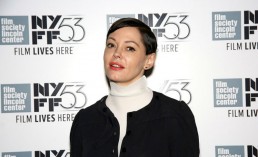 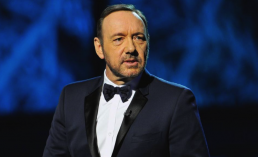