Hollywood's awards season has kicked off with the 2017 Gotham Awards, which was held in New York on Monday, Nov. 27.

Monday's awards ceremony was hosted by John Cameron Mitchell and marked the 27th anniversary of The Gotham Independent Film Awards. There was a couple of surprises when the names of the winners were announced.

Luca Guadagnino's romantic drama, Call Me By Your Name and Jordan Peele's breakout hit, Get Out, were among the winners on Monday night, taking home a total of 11 honors between them.

While Get Out bagged the Best Screenplay, Breakthrough Director, and the Audience Award, Call Me By Your Name was announced as the winner of Best Feature. Actor Timothee Chalamet won Breakthrough Actor for his performance in the film, which features him opposite Armie Hammer as lovers in 1980s Italy.

"When I started to write [Get Out], I set out to make a movie that would be my favorite movie that I had never seen," Peele said in his acceptance speech. "I didn't know it would actually ever get made."

Among the other winners are James Franco and Saoirse Ronan who were chosen by small panels comprising of actors and directors. Franco won Best Actor for his performance in The Disaster Artist while Ronan was recognized for her lead actress role in Lady Bird.

The cast of Dee Rees' Mudbound claimed the Special Jury Award for Ensemble Performance while Michael Kenneth Williams was honored with the Made in NY Award. In addition to the awards, career tributes were offered to Dustin Hoffman, Jason Blum, Nicole Kidman, Sofia Coppola, Al Gore, and Ed Lachman.

Road To The Oscars

The Gotham Awards have gained prominence over the last few years and has become somewhat a barometer for Academy Awards glory.

Three winners at the Gotham Awards including Spotlight, Birdman, and Moonlight had gone on to win Best Picture at the Oscars.

Here's the full list of winners at the 2017 Gotham Awards:

Call Me by Your Name

James Franco for The Disaster Artist

Jordan Peele, Get Out

Timothée Chalamet, Call Me by Your Name

Get Out, Jordan Peele

The Strange Eyes of Dr. Myes

© 2020 ENSTARS, All rights reserved. Do not reproduce without permission.
TAGS2017 Gotham Awards Get Out Call Me By Your Name James Franco
SEE COMMENT
CLOSE COMMENT 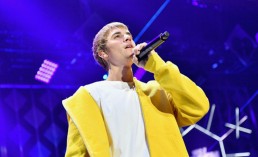 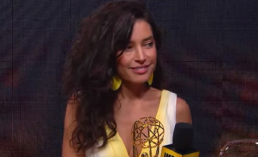 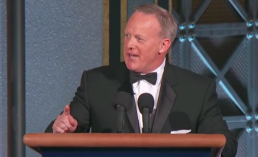