Brittany Cartwright has taken Jax Taylor back after he admittedly cheated on her with their Vanderpump Rules co-star Faith Stowers.

Following last night's episode of season 6, which showcased Taylor admitting to his infidelity, Cartwright has been targeted online after confirming that they are most definitely still dating.

"So many people are quick to judge until you’re the one going through it," Cartwright tweeted on Dec. 12.

As soon as Cartwright's tweet was shared, the reality star and waitress of SUR Restaurant was flooded with comments from concerned fans who can't understand why she would stay with a man who has treated her so badly. As one woman pointed out, Cartwright shouldn't kid herself about who Taylor really is. After all, this isn't the first time he's been known to cheat. So she shouldn't be too surprised about his behavior and should instead protect herself and "get out."

"Maybe some of us have perspective because of our experience and age and wish we could save you future heartache," another person wrote. "Some of us wish we had listened when others tried to warn us. Don’t be fooled."

Another fan of Cartwright's said that the backlash she's received online comes from a place of concern, not a place of hate. As the woman noted, Cartwright's fans want her to be happy, and Taylor has treated her in a horrendous fashion.

"It honestly guts your fans to watch you go through this on national television," the person wrote.

While many expressed their concern for Cartwright, one particular fan took note of the language she used in her tweet and suspected there was anger behind her message. That said, the same fans continued on, stating that Cartwright's potential anger isn't due to the judgement she's received but rather her own choices.

"I think you’re angry with yourself. This is humiliating and you’re probably making a huge mistake," they said.

Taylor cheated on Cartwright earlier this year, and while the couple did spend some time apart, it wasn't long before they rekindled their romance. 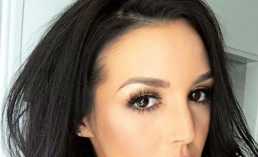 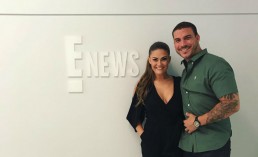 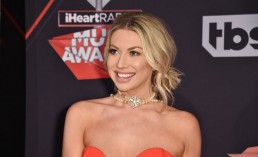