Jax Taylor recently admitted to Brittany Cartwright that he cheated on her. The shocking revelation was featured in this week's episode of Vanderpump Rules.

A surprised Cartwright told Taylor that he should rot in hell for cheating on her with his SUR co-worker, Faith.

Following Monday night's episode, Taylor said that his cheating on Cartwright was just one of his usual "mess-ups."

"It was just a huge mistake that we are actually working out right now. This was shot many months ago so we're working through it and we're in a good place right now," said Taylor.

Also during this week's episode, Taylor admitted that it wasn't the first time he cheated on his partner. In the past, he's also gone through several months of denial despite already getting caught.

Taylor added that he wouldn't have come clean about his cheating if Faith didn't say anything to Cartwright.

The reality TV star explained why he has cheated on his partner so many times before. Taylor said that when things are going well, he tends to sabotage them.

Taylor's cheating happened during the time that he and Cartwright were going through a difficult time in their relationship. His Vanderpump Rules co-stars couldn't believe that he would do anything that could hurt Cartwright.

However, he explained that what happened had nothing to do with Cartwright or Faith. Instead, it was solely about him and his personal struggles.

When asked if he thinks he could ever be monogamous, Taylor confidently said "yes."

"I'm going to therapy and getting some help and trying to better myself because I have some issues that I'm working out. I'm trying to fix that," explained Taylor.

Meanwhile, Cartwright also opened up about the whole incident during Monday's episode of Vanderpump Rules. While talking to her mom, she said that she hates her boyfriend.

An emotional Cartwright also told the cameras that she initially thought she and Taylor would end up together someday. However, after what happened, she is unsure if being with him is still what she wanted.

After breaking up with Taylor, Cartwright told her co-stars that she wanted affection at that time and decided to sleep with him. 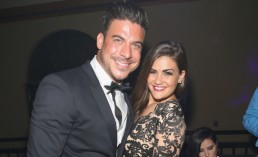 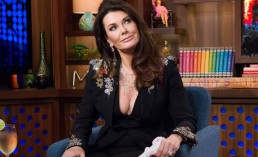 Jax Taylor, Brittany Cartwright: Did They Break Up After Taking Kentucky? [VIDEO]