It's rewarding to be friends with George Clooney, literally! The actor paid some of his friends $1 million each plus incurred taxes in 2013.

When it comes to showing appreciation to close friends, nobody can beat George Clooney. In 2013, the Hollywood A-lister gifted 14 of his close mates one million dollars each and also paid the taxes on the money for the year, as revealed by his BFF Rande Gerber.

Gerber, also known as Cindy Crawford's husband, made the shocking revelation about the actor's generous gesture during a recent interview on MSNBC's Headliners.

He explained that he and Clooney are part of a group of friends they refer to as "The Boys" and the Suburbicon director invited all of them to his house for a dinner party on Sept. 27, 2013.

The restaurateur recalled that when all 14 friends arrived at Clooney's house they noticed black suitcases placed near each one of them around the dining table. The Ocean's Eleven actor then had something to say to the "The Boys," who supported him in the early days of his career.

Repaying 'The Boys' For Their Help And Support

"George begins to say, 'Listen, I want you guys to know how much you've meant to me and how much you mean to me in my life,'" Gerber recounted.

"I came to L.A., I slept on your couch. I'm so fortunate in my life to have all of you and I couldn't be where I am today without all of you," Clooney continued.

The actor added that while they were all gathered together, it was important for him to return the favor and asked the men to open their respective suitcases.

Clooney's friends, including Gerber, were left shocked when they opened the bags and found that each and every single one of them was filled with a million dollars in $20 bills.

Some Friends Were Trying To Make Ends Meet

Gerber pointed out that some of their friends were really struggling to make ends meet. While one was providing for his family by working at an airport bar in Texas, another would commute to work on a cycle every day.

He also noted that these people had taken care of Clooney during his hard times and he's repaying them for all their help, with a million dollars as well as the taxes that will be incurred on the funds for the year.

Clooney told them that they have all been through some tough times together and some of them are still going through a rough patch but they need not to worry about things such as kids, school, or paying mortgages anymore.

Gerber's Refusal To Accept The Money

Gerber, who was a partner in Clooney's Casamigos Tequila company, said he refused to accept the actor's generous gift at first.

He pulled Clooney aside and informed him of his decision to not accept the million dollars but was forced to take it when the actor left him with no choice. The Oscar winner told him that he has to make an announcement and said that if Gerber did not accept the money, nobody would get it. Gerber said he later donated all the money to charity. 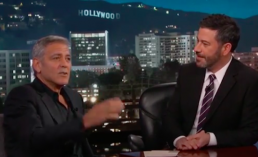 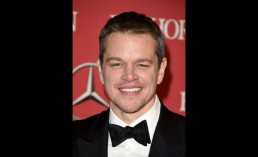 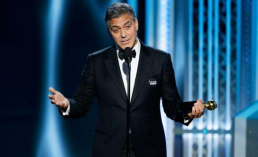