This just in! Weekend Update's Colin Jost and Michael Che have been promoted to the Saturday Night Live writing team.

Jost and Che will be assisting Saturday Night Live co-head writers Kent Sublette and Bryan Tucker with building the show. For Jost, this will be his fourth stint as the show's head writer. Jost severed as co-head writer with Seth Meyers during the 2012-13 and 13-14 seasons. Meyers left the show to focus on Late Night with Seth Meyers. Jost also served as the head writer during the series' milestone 40th anniversary season but left at the end of the season to focus on Weekend Update. The show also promoted two longtime writers, Sudi Green and Fran Gillespie, as script supervisors.

The Saturday Night Live writing team has been responsible for creating several memorable sketches over the past year. One of its recurring successes is Alec Baldwin's show-stopping impersonation of President Trump. The impression has led to a best-selling book: You Can't Spell America With Me: The Really Tremendous Inside Story of My Fantastic First Year as President Donald J. Trump. Currently, Baldwin is toying with the idea of bringing the book to Broadway with Lorne Michaels' blessing. 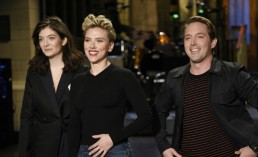 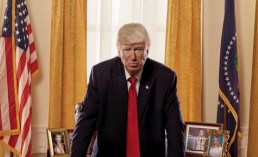 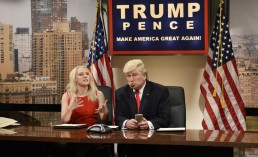