The team’s current owner, Jerry Richardson, stated in a press release that he wanted the team to be under new ownership.

Put Some Respect On Diddy's Name

Diddy shared a throwback video of him back in his early Badboy Records days, possibly reminding fans of how far he has come throughout his lengthy career.

He let his followers know that many times in life, others might view their dreams as impossible or “crazy.” He said that the desired accomplishments might even cause one to have “crazy” actions.

A lot of times people see your dream as crazy...the passion you have for your dreams may make you act crazy. The dreams you have are so visionary, they call you a genius. I don’t really deal with reality when I'm trying to work toward the FUTURE!!

Diddy was the first celebrity to express his interest in purchasing the team. He uploaded a video on Instagram and pointed out that if he does purchase the Panthers, he would the first African American majority owner of an NFL squad.

“I would be the best owner that you can imagine,” said Diddy in a plea to residents.

He added that he already has plans to bring Colin Kaepernick back on the field. The former quarterback for the San Francisco 49ers has not been signed to a team since he protested brutal police-involved killings in the African-American community last year.

Attention to the Carolina PANTHERS!! ATTENTION NFL! This is a chance to make history!!! There are NO AFRICAN AMERICAN MAJORITY OWNERS IN THE NFL!!!! I WOULD LIKE TO BUY THE CAROLINA PANTHERS!!! Let’s GOOOOOOO!!!!! Spread the word. Tell the world! No joke. A post shared by  Diddy (@diddy) on Dec 17, 2017 at 5:47pm PST

It didn’t take long for word of Diddy’s hopes to spread. Kaepernick even said he wanted a piece of the pie.

Will P. Diddy Get The Last Laugh?

Still, one sports reporter, Henry Wofford, made a call to KRON4’s The World According to Darya show and laughed off Diddy’s post. He said that Diddy appeared to be under the influence of drugs and alcohol. He even added that he refused to take “Diddy seriously.”

Interestingly enough, Forbes named Diddy the highest-paid musician of 2017 earlier this month, thanks to his business ventures like Circoc. After receiving lots of backlash from fans, Wofford ended up issuing an apology. He expressed that he only wanted to be funny, not offend Diddy or anyone who would want Diddy to purchase the team.

“Dozens of Diddy’s twitter followers have accused me of playing on racial stereotypes. That was not my goal. But I understand my comments had that impact and for that, I sincerely apologize,” said Wofford.

He went on to credit Diddy for the accomplishes he has made in the music and business industries.

No word yet on where he is in the process of potentially being named the new owner of the team. 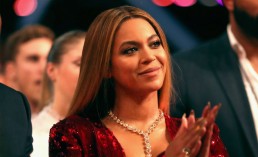 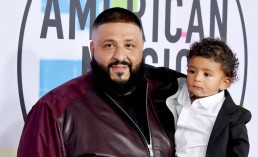 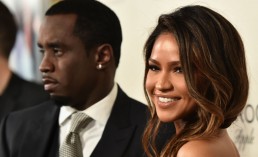 Diddy And Cassie: Police Called After Their Latest Breakup [VIDEO]