Zac Efron has taken to social media to give fans a sneak peek of his upcoming role as serial killer Ted Bundy.

The Baywatch actor, who is known for his extremely good looks and charming personality, is moving to the dark side as he assumes the role of the notorious criminal for his upcoming film, Extremely Wicked, Shockingly Evil and Vile.

Efron, 30, shared the first photo of himself as Ted Bundy on Twitter on Wednesday, Jan. 17. "Meet Ted," he captioned a black and white photo of himself in the role followed by the hashtag #BehindTheScenes.

The image appears to be a recreation of a photo taken when Bundy was booked for crimes, which included kidnapping, rape, burglary, necrophilia, and murder of several young women and girls during the 1970s. Check out the Efron's tweet below:

The film will be directed by Emmy-winning filmmaker Joe Berlinger and will chronicle the hideous crimes committed by Bundy from the eyes of his longtime girlfriend, Elizabeth Kloepfer. To The Bone actress Lily Collins will play the role of Kloepfer in the upcoming crime thriller. The actress also took to social media to share a picture of herself in character along with the caption, "Meet Liz."

Nicolas Chartier, whose credits include the Oscar-winning film The Hurt Locker and 2016's Anne Hathaway-starrer Colossal, will serve as a producer on the project along with Ara Keshishian for Voltage and Michael Costigan for Cota Films.

The film also stars actor John Malkovich and is scheduled to start filming on Thursday, Jan 18, as Berlinger pointed out on Instagram on Wednesday.

Who Is Ted Bundy?

Bundy was a notorious serial killer who was found guilty of murdering and raping numerous women in the 1970s that earned him the nickname "ladykiller." He was executed by electric chair in 1989 after he fessed up to killing 30 women across seven states between 1974 and 1978.

Striking Similarities Between Efron And Bundy

Shortly after Efron shared his first look from the upcoming movie, many of his fans were quick to notice the striking similarities between the actor and the serial killer. Check out one of the side-by-side pictures posted by one of his many followers: 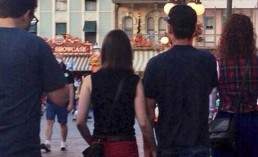 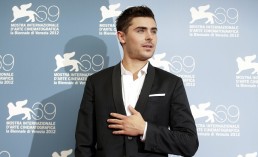