Since Marvel Studios released Iron Man in 2008, the Marvel Cinematic Universe has been building up to the ultimate battle of good versus evil.

Marvel Studios just recently released its official synopsis for the upcoming Avengers: Infinity War. The film studio revealed that this film would be "the deadliest showdown of all time." In the third Avengers film, Earth's Mightiest Heroes and their allies will face off against the omnipotent Thanos (Josh Brolin), who seeks not only Earth's destruction but also of the entire universe.

Thanos's appearance on Earth means that our favorite heroes might be in a world of hurt. Throughout the Avengers: Infinity War trailer, several heroes such as Iron Man, Spider-Man, and Thor will be tested in ways that they cannot imagine. From Spider-Man (Tom Holland) testing out a new suit to Iron Man (Robert Downey, Jr.) going toe-to-toe with Thanos, fans would notice that the heroes will be pushed to their breaking point.

Also, Thanos has brought an army to support him in his conquest of Earth. Their first target: Wakanda. One of the most potent images of the film's official trailer was Steve Rogers (Chris Evans) leading a ragtag group of heroes including Black Widow (Scarlett Johansson), Black Panther (Chadwick Boseman), the Falcon (Anthony Mackie), and the Incredible Hulk (Mark Ruffalo). The group prepared to help lead the Wakandan army into battle against Thanos's forces.

The Marvel Studios synopsis previewed that there will be sacrifices. When fans see the words 'sacrifices' in a movie summary, it could mean one thing: fans should prepare themselves for several shocking deaths coming.

The Spoiler (And Death) Hunt Begins

As anticipation builds up for the release of Avengers: Infinity War, countless True Believers are hunting for spoilers and trying to figure out which heroes are in danger of being killed in the film.

At the beginning of the movie's production process, directors Joe and Anthony Russo were so nervous that the actors might give out spoilers that they did not give all the actors the entire script during the filming process.

However, fans should know that Black Widow, Doctor Strange, the Guardians of the Galaxy, and Spider-Man are all safe because of their upcoming debut film and sequels. Thor fans might be nervous because actor Chris Hemsworth's contract with Marvel Studios ends after 2019's Avengers 4.

Fans will have to wait for May 4, 2018, to see which heroes live and die when Avengers: Infinity War hits theatres. 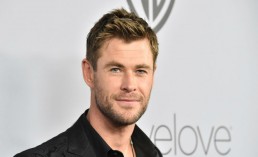 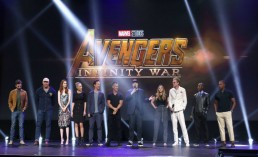 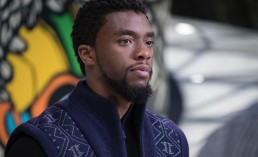