Mariah Carey has reportedly been caught in a legal battle and it's not over hot tea. The Grammy Award winner has made headlines for botched concerts and issues during live shows, but her latest incident is really going to cost her.

The singer is being counter sued for $3 million by a South American concert promoter who claims she didn't have the right to cancel two fall performances during her Sweet Sweet Fantasy Tour.

According to FEG, also known as Fenix, the company booked Carey to play two shows in Argentina and Chile in October 2016, but she decided to cancel last minute.

Do The Crime, Pay The Funds

In January 2017, Carey filed a suit against FEG, because the promoter didn't pay her in full by the agreed date.

In response to her claims, FEG filed counterclaims against her and her company, Mirage Entertainment, for breach of contract and defamation.

Although, FEG doesn't always obey payment schedules, the company has always paid artists in full for their performances.

On Oct. 25, 2016, Carey took to Twitter to state that she was really disappointed that both shows were canceled.

"Devastated my shows in Chile, Argentina & Brazil had to be cancelled. My fans deserve better than how some of these promoters treated them," the singer wrote.

However, FEG claims to have paid nearly 75 percent of the funds by Oct. 25, 2016, but found out about Carey's decision to cancel through the media.

Although the recording artist blames the promoters for the cancellation, she was required to give a 48-hour notice before terminating the agreement.

Felix also stated that Mimi's statement suggesting that the shows were canceled because of the promoter were false and eventually led customers to doubt their ability to pay performers. He also believes that she decided to cancel the show due to low ticket sales.

The promoter is seeking $1 million in damages from the canceled shows and $2 million for the insulting remarks that Carey wrote on Twitter.

As the lawsuit pends, Mimi has not commented on the allegations. 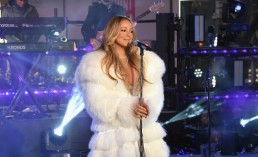 All Mariah Carey Wanted For New Year's Eve Was Some Tea 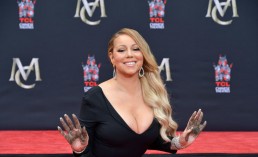 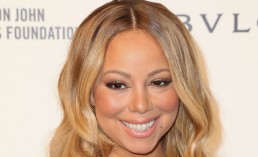