Ray J broke his silence after his wife, Princess Love, accused him of being unfaithful on Instagram. Anyone who knows Ray J and his familymight not be surprised that his mother responded and had some words for Princess Love, too.

Ray J's Memo To Himself

Ray J, who currently stars in Love and Hip Hop Hollywood, took the seemingly humble approach and the high road when he responded to Princess on Instagram himself Monday. He had a lengthy message for his followers but wanted to make sure he started off with letting them know he hasn’t cheated on Princess Love.

He also wrote an open letter to himself and encouraged himself to just stick with being a good dad to his and Princess Love’s unborn child.

Mama Norwood Chimes In, Too

God is in control of everything Ray- dont let this negative energy get 2 you Ray- You are doing everything right - from being faithful - staying focused on the goal and treating everyone with respect and love Ray- Dont let the devil try to come into your world and break you down- Be the best father on the Planet! - Pray 4 all those who want to bring you down Ray- and show them even more love to let them know how LOVE overpowers all- Keep God first - be patient in your relationship - Listen and learn Ray - stay on your postive path to greatness - but most of all stand up for what you believe in Ray #ThoughtsToSelf

It seemed as if the couple was in marital bliss when Ray J announced Princess was pregnant last year. Still, it’s not a shock that Ray J’s mom, Sonya Norwood, is standing up for her son. She hinted that Princess apologized in private for her accusations but has yet to do so in public.

“False accusations in a public forum deserves a PUBLIC APOLOGY. It takes a strong person to say sorry but a stronger person tos how forgiveness,” wrote Norwood according to Bossip. “Proud of you @rayj – keep standing for your belief!” she added.

She then urged readers to go to Ray J’s page for a reference on her post before fans could question what she was speaking about. This isn’t the first time Norwood’s relationship with Princess Love has gone public.

Fans might remember Norwood pressured Ray J to have Princess sign a prenuptial agreement in a previous season of Love and Hip Hop Hollywood. Her thoughts caused lots of friction with the couple as Princess Love made it clear she wasn’t a fan of prenuptial agreements. She stated that it was a plan for divorce.

In the end, Norwood was able to convince Princess that the two needed to sign the legal contract in efforts to help Princess Love protect herself in case her marriage with Ray J went left. 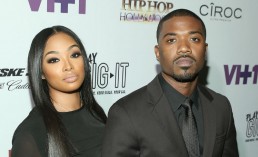 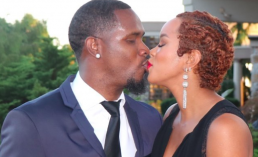 Letoya Luckett's Wedding Vows Is Giving Us All The Feels, Here's What We Know About Her Husband