Dad-to-be Ray J seemed to be pretty excited when he announced his wife, Princess Love, was pregnant with their first child on The Real recently. Interestingly enough, his wife and VH1 Love and Hip Hop Hollywood star, Princess Love, shared a different side of their marriage on social media.

Love's cryptic post sparked rumors that the two are going their separate ways as it’s a quote about women not believing that men will change. It is also about stopping their efforts and crusade in trying to change them. Princess shared the post over the weekend along with the caption, “Keep foolin the world but you can’t fool me anymore.”

There might have been signs of the marriage being on the declining on Princess’ social media before. Taking a look now, there are no snapshots of her and Ray J together on her page. She has deleted all of the photos that were previously on her page from when they celebrated their wedding back in August 2016 to other major moments of their romance together like announcing their pregnancy.

Ray J Back To His Old Ways?

Fans who have tuned in to Love and Hip Hop Hollywood or paid attention to their romance know that Ray J and Princess went back-and-forth for years because of his open struggle with infidelity. Still, once they married, it seemed as if all was well in paradise; especially after Ray J confirmed Princess is pregnant.

Viewers who watched the popular reality series might remember the most the season in which infidelity wasn’t an issue for the couple and possible soon-to-be-exes at all. In fact, it was their struggle to conceive a child together. One episode even revealed Ray J’s low sperm count.

There was also speculation that Ray J’s famous sister, singer and actress Brandy, was carrying the child for them as a surrogate considering pregnancy rumors for Brandy were also flying around at the time. Princess Love took to Instagram to shut down that speculation as well.

Only time will tell if Ray J and Princess are truly over for good. But fans have already speculated that infidelity is the reason for Princess possibly heading to divorce court.

Meanwhile, Ray J has been quiet on social media about his rumored rocky marriage with Princess. There’s no word on if he plans to speak out about it to clear up the reports that they are calling it quits. 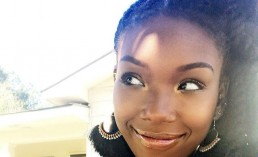 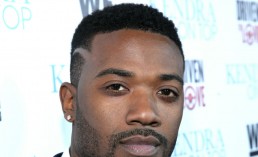