Over Grammy weekend, music mogul Clive Davis made a crucial announcement regarding who will portray Aretha Franklin on the silver screen.

Hudson Will Portray The Queen Of Soul

At his signature pre-Grammy Awards gala, Davis announced that Franklin had picked a candidate who is worthy of portraying her on the silver screen. Franklin gave the coveted role to The Voice UK coach and Oscar-winning actress Jennifer Hudson.

"She stops any and every show that she's in. Her voice is truly incredible. When they ask, 'Where's the next Aretha? Where will the next Aretha come from?' I say, 'It's her,'" Davis said to E! News.

Hudson proved the partygoers that she was indeed the Queen of Soul's true heir apparent by covering some of Franklin's iconic songs including "Respect," "Rock Steady," and "Think."

With Hudson's casting as the Queen of Soul, the movie is now heading into the pre-production process. The film, which is expected to be produced and financed by MGM, is likely to focus on Franklin's past including growing up in Detroit to traveling to New York City to pursue her dream.

"We've agreed on all the key points. There's very little left now [to negotiate], very little. They have given me creative control and that's all I wanted," Franklin told the Associated Press in a 2016 interview.

Producers Scott Bernstein and Harvey Mason, Jr. have been attached to the film.

In addition to portraying one of the greatest singers of all-time, Hudson has a lot on her plate. Hudson is in a middle of nasty break-up battle with longtime ex-fiancé David Otunga. Otunga was initially charged with domestic abuse and stated that her former lover threatened her with a prop gun. While the charges were dropped, Hudson continued to live in fear of her ex.

She will be returning to the United Kingdom to participate in The Voice UK's seventh season filming process. Hudson is a coach alongside Sir Tom Jones. Will.i.am, and Olly Murs. Huson recently completed her first season as a judge on the U.S. version of the show with Adam Levine, Blake Shelton, and Miley Cyrus.

While Franklin is scheduled to headline at the 2018 New Orleans Jazz and Heritage Festival, she is currently working with Stevie Wonder to release her final studio album. Franklin allegedly stated that she would retire following the album's release.

Franklin is not the only music icon that is preparing to retire. Sir Elton John announced that he would be retiring from touring in 2021. Meanwhile, Neil Diamond has stated he will retire from touring immediately following his Parkinson's disease diagnosis. 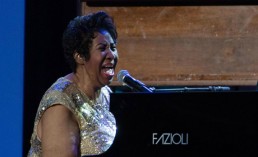 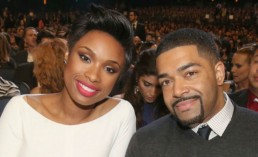 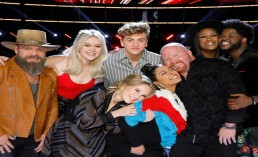