Cameron Eubanks chose to quit breastfeeding her first child, daughter Palmer, days ago, and right away, she faced major criticism on her Instagram page.

According to a new report, the Southern Charm star announced her decision to her many fans and followers and confirmed her plan to “retire the boobs” after just under three months of nursing.

On Feb. 5, Us Weekly shared a report, claiming 33-year-old Eubanks was well-aware of the backlash she would receive due to her decision to stop breastfeeding her child — only because she was just plain "over it."

“You see, I’m not quitting because my milk supply dried up or because I’m sick . . . I’m quitting because I’m just plain OVER IT. By CHOICE,” Eubanks wrote. “I know I will get lectured and judged by this but it doesn’t bother me. I need some freedom back for my sanity and the bottle and formula will allow that."

Eubanks told her fans and followers that just because she isn't a fan of breastfeeding doesn't mean she's a bad mom. However, not everyone was okay with Eubanks' decision, and many of her followers flooded her with critical messages.

“I really think that moms milk is best for baby. I will do my best to feed him as long as I can," one person wrote.

Another person said that while they have struggled as a new mom, they aren't giving up on breastfeeding. Instead, they are planning to join a support group and get empowered by other women and their own stories.

Some even incorrectly claimed that giving a baby formula is just like pouring chemicals into their mouth.

Although the American Academy of Pediatrics recommends that new moms breastfeed for six months and continue to do so as they introduce their child to food, Eubanks is taking her own route and doing what works best for her, and that should be accepted. As one pediatrician explained to Us Weekly magazine, the most important thing is that the baby is getting what it needs, and that can be achieved with formula.

In addition to her many critics and mom-shamers, Eubanks was also met with applause from fans who were happy to hear that she is doing what makes her happy for the sake of herself and her new baby.

“Yes!! So much yes! A happy baby is a full baby!” one person commented. 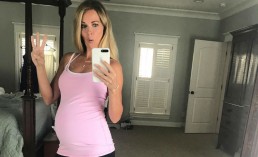 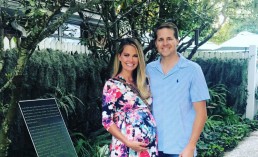 How Did Cameran Eubanks Handle The Birth Of Her New Baby Girl? 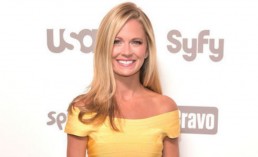