More than 80 actors, actresses, and filmmakers come together in an epic class photo to celebrate ten years of the unprecedented Marvel Cinematic Universe (MCU).

It's been ten years since this world was brought to life in the very first MCU film Iron Man. Now, Marvel Studios counts 18 films in its arsenal, including the newly premiered Black Panther.

So far, the movies have grossed $13.5 billion worldwide, Deadline reports.

The decade-long success of the popular superhero film franchise is unprecedented and certainly worth commemorating, so for their ten-year anniversary, Marvel Studios invited all their stars and executives for a massive official class photo.

One of the most star-studded photo shoots ever, the image had at its very center Marvel president Kevin Feige and actor Robert Downey Jr., who played Iron Man and spurred the entire universe in existence back in 2008.

A lot of behind the scenes bigwigs were also part of the photo shoot, including executive producer Stan Lee, Marvel Studios co-president Louis D'Esposito, and the directors of the Marvel films.

With so many of the superheroes on set, even the actors themselves couldn't contain their awe at the event.

"There's a ton of fanboy-ing and fangirl-ing going on in that room with each other," Cheadle, who plays War Machine, says in the accompanying video.

"I think everyone was aware this was coming to a close," Hemsworth adds. "We had all been in this remarkable journey together."

Avengers: Infinity War will bring many of these superheroes together in May 2018.

Not all of the MCU actors were able to make it to the celebration, though. Some of the ones who were noticeably absent from the class photo are Bradley Cooper (Rocket), Tom Hiddleston (Loki), and the Marvel actors from the Netflix or television shows. Few of the villains were not present as well.

Another notable absence is Clark Gregg who plays Agent Phil Coulson. The actor now heads the Agents of S.H.I.E.L.D. on television, but he made his debut in the first Iron Man film and his "death" served as a big catalyst in The Avengers. He hasn't showed up on the big screen since then, but his significant role in the earlier MCU phases make him an integral part of the team.

Gregg took to Twitter to explain being a no-show at the massive photo shoot. While the actor was invited, he was representing Agents of S.H.I.E.L.D. at the New York Comic Con during the shoot in Atlanta back in October 2017. 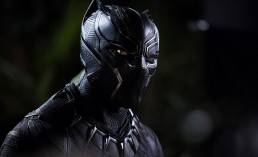 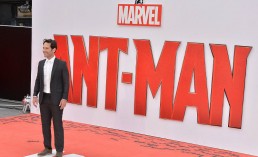 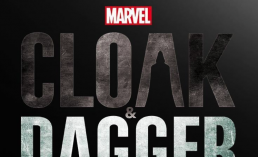