James Bond is an iconic figure who will live on for generations to come. While many men have sported the black tuxedo and debonair personality, Daniel Craig seems to be everyone's favorite Bond man. The actor took on the role as the mysterious fictional character in 2005.

Since all good things must come to end, we will have to say goodbye to Craig's Bond soon. The question is, who will take over the role and attempt to live up to Craig's portrayal? Many actors have been suggested as potential replacements, but there is one person we can definitely cross off the list: Craig's wife, actress Rachel Weisz.

Weisz does not think that if the directors of the series decide to make Bond a lady, it would be a good idea. The actress thinks that it's time women in Hollywood have their own stories that doesn't involve taking over someone else's.

"[Author Ian Fleming] devoted an awful lot of time to writing this particular character, who is particularly male and relates in a particular way to women. Why not create your own story rather than jumping on to the shoulders and being compared to all those other male predecessors? Women are really fascinating and interesting and should get their own stories," Weisz stated.

Weisz, who's been married to Craig since 2011, will be starring in the upcoming British-American drama Disobedience, with Rachel McAdams and The Mercy actor, with Colin Firth.

Craig confirmed in August 2017 that he will return as Bond one last time. The actor is set to reprise his role in the next film that is scheduled to be released on Nov. 8, 2019. This will mark the 25th film for the James Bond series. However, the film has yet to be titled.

When speaking on his decision to return to the series, Craig stated that he wanted to take his final bow with a bang.

"I think this is it. I just want to go out on a high note. I can't wait," Craig stated in an interview with Stephen Colbert.

So far, actors Liam Neeson, Michael Fassbender, Ryan Gosling, and Idris Elba have all been tapped to take over the role after Criag's final performance. There hasn't been any word yet on who the creators of the series will choose. 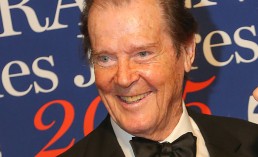 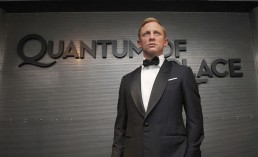 ‘James Bond 25’ Release Date, News and Update: Movie Eyes Croatia As Location, But No Certainty On Who Will Play Bond