Disney Parks announces Guardians of the Galaxy is coming in Epcot in the form of a roller coaster. Befittingly, the ride will be one of the longest in the world.

Thrill-seekers may find delight with this news, shared by Disney Parks on its blog on Sunday, Feb. 11. In line with the 50th anniversary of Walt Disney World's Resort, the Guardians of the Galaxy-themed roller coaster is set to run in 2021 as part of the Future World.

"This one-of-a-kind family attraction will be one of the world's longest enclosed roller coasters when it's added to Future World at Epcot," the management claimed.

The company also teased that they are currently working on a storyline that will impress park-goers, as well as a system, described as "innovative," that would amuse guests. This move is anchored in Disney Park's vision, which is to transform Epcot into a more family-friendly and become a classic theme park.

"As we build upon its core mission of optimism and hope to inspire the world, the real will become fantastic and the fantastic will become real—in whole new ways at Epcot," Walt Disney Parks & Resorts' Bob Chapek said.

The Universe of Energy Pavilion, which closed in August 2017 and operated for 35 years, is expected to house the Guardians of the Galaxy ride. The pavilion had long been amazing fans who saw the likes of Bill Nye and Ellen DeGeneres in the infamous attraction called Ellen's Energy Adventure.

Disney revealed in its D23 Expo in summer that it would be soon having a Marvel-inspired attraction, without unveiling which of the many films and series or ride will it feature. Fans can now rest, knowing what the mystery ride is and from where it is based.

However, this was not the first theme park to receive such treatment. Disney California had also turned its infamous Twilight Zone Tower of Terror into Marvel-based Guardians of the Galaxy — Mission: BREAKOUT.

As for the Guardians of the Galaxy roller coaster ride in Epcot, we can only take an inkling from Disney Parks' further announcements.

There were also a lot of parks to follow the trend for the ones mentioned. Disneyland Paris' Walt Disney Studios Park is set to get new Marvel-themed rides. Hong Kong Disneyland will feature Ant-Man and the Wasp in one of the attractions.

Star Wars-inspired rides in California and Florida are getting an expansion as well, set to be made public in 2019. 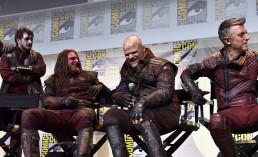 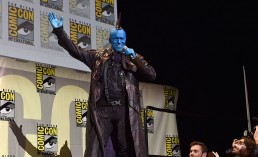 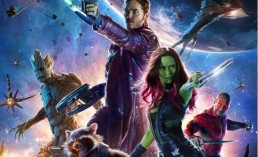 'Guardians Of The Galaxy' Joins Disney XD, When Will Animated Series Premiere? [VIDEO]