During the last few seconds of Justin Timberlake's performance at the Super Bowl, a young boy caught the world's attention with one simple act.

After being the subject of multiple GIFS and memes, Selfie Kid was formally introduced by Ellen DeGeneres to her audience.

Selfie Kid, whose real name is Ryan McKenna, was greeted by a round of applause by the audience of The Ellen DeGeneres Show and received a hug from the Emmy-winning talk show host.

In the show, McKenna shared that he was moved to tears when his dad announced they received tickets to the big game. DeGeneres also asked him if he knew that Timberlake would be entering his section for his "Can't Stop the Feeling" finale.

"The lady told us that we were in a good section, but we had no idea that Justin was going to be there," said McKenna.

The 13-year-old also described to Ellen how he was able to get the selfie seen around the world by elbowing people. He also explained that the memes were created since McKenna was having phone troubles.

DeGeneres revealed to the Massachusetts native he had a surprise guest on the phone that wanted to speak to him. Selfie Kid was shocked when the "Mirrors" singer-songwriter said his name as The Ellen DeGeneres Show audience roared with delight.

As McKenna recomposed himself, DeGeneres complemented Timberlake about his Super Bowl performance and also asked him if his selfie with McKenna was planned.

"I knew that I wanted to end the performance with "Can't Stop the Feeling," because I see how much people respond to that song," said Timberlake.

McKenna stated how much he admired Timberlake as a performer and that's when Timberlake gave Selfie Kid one of the biggest surprises he has ever received.

"I really want to meet you properly, so I am going to coming to TD Gardens on tour to play in Boston. I would like to invite you and your family to the show," said Timberlake.

DeGeneres also announced that the National Football League gave them a perfect experience with the New England Patriots.

Timberlake's phone call to DeGeneres comes days after he had to defend his performance at the Super Bowl LII.

Many of Prince's fans were furious about Timberlake's projection of the "Purple Rain" singer at the U.S. Bank Stadium. Prince fans also were outraged that Timberlake had the indecency to pull the stunt after the two musicians engaged in a feud during the 2000s.

Man of the Woods Tour

Now that the Super Bowl is over, Timberlake is planning a North American tour to promote his latest album Man of the Woods. The "Rock Your Body" plans on starting his show on March 13 at Toronto's Air Canada Centre. He is expected to return to the states and perform in cities such as Chicago, Detroit, Los Angeles, Nashville, Orlando, and Memphis, Tennessee. 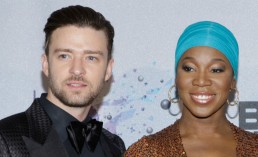 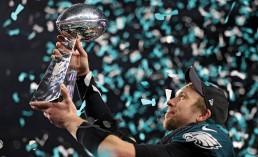