During a Blake Shelton concert in Tishomingo, Oklahoma earlier this February, he and Gwen Stefani were seen flaunting their usual public display of attention.

According to a new report, Stefani appeared to be Shelton's number one fan as she sat in the audience with the rest of the crowd.

“Gwen sat in the stands and was grooving along,” an eyewitness told Us Weekly magazine on Feb. 12. “Blake sang a lot in her direction.”

Shelton also revealed during the concert that the dog he shares with Stefani was about to give birth to puppies, and that he and Stefani couldn't wait to get home. However, when it comes to welcoming children of their own, another insider said the couple has put their baby plans on hold after attempting to conceive a child for over a year.

“Their feeling is if it happens naturally, great. But they’ve decided to not focus on it for the time being,” the source explained.

Although Stefani and Shelton aren't yet welcoming a child of their own, the country singer is “absolutely devoted” to Stefani's three sons: Kingston, 11; Zuma, 9; and Apollo, 4, whom she shares with ex-husband Gavin Rossdale. As the source explained, Shelton is very attentive and loving towards Stefani and her children and would love to have a child of his own someday.

“He’s great with Gwen’s kids, which prompted them wanting their own,” the insider said.

Shelton would enjoy becoming a father but when it comes to welcoming children with Stefani, who is currently 48 years old, he realizes that he may not be able to do so biologically. That said, they haven't ruled out the idea of looking into other options and are also considering a future wedding.

For now, however, Stefani and Shelton's future plans have been sidelined.

“The need to get married and have kids isn’t the priority it once was,” the insider said.

Stefani and Shelton's relationship began during production on the ninth season of The Voice at the end of 2015. Since then, the couple has appeared together on a couple of seasons of the show and frequently flaunts their love for one another around Los Angeles and in Shelton's hometown in Oklahoma.

Gwen Stefani And Blake Shelton Move Out Of Los Angeles After Alleged Miscarriage? 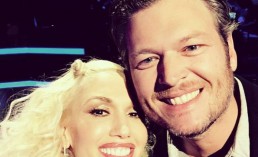