Kris Jenner is about to find out if blondes really do have more fun. On Sunday's new episode of Keeping Up With the Kardashians, Jenner follows in her daughter Kim Kardashian's footsteps and goes platinum-blonde.

In the quick clip, Jenner can be seen sitting in her glam room as she touches up her new do. Kim Kardashian walks in on her and is surprised to see her mom with blonde locks.

Jenner then asks Kim if she likes it. Without hesitation, Kim states that blonde looks great on her mother.

While in a confessional, Jenner admits that a new color is not a permanent change.

"I've really wanted to go blonde for so long, but the process is really grueling on your hair that I thought I would try a wig first," Jenner stated.

As Jenner continues to play around with the new style, Kim jokes that she resembles Miranda Priestly from the film The Devil Wears Prada.

Extremely pleased with the compliment, Jenner agrees with Kim and explains that it takes a strong woman to pull off the color.

"Miranda Priestly represents this amazing chicness and New York attitude and now I am looking in the mirror and Kim is right. I mean, we are the same person," Jenner remarks.

In October 2017, Jenner broke the internet when Kim shared a photo of her with a blonde pixie. In the photo, looking as glamorous as ever, the 60-year-old could be seen in a floral outfit which she paired with a fur stole, while holding a martini glass.

Kim captioned the photo, "Caption this...."

The picture of Jenner immediately received praised from fans and became one of the most popular memes on Instagram.

Following Kim's post, the momager gave her Instagram followers a closer look at the new color at the beginning of the year, which she revealed was styled by celebrity hairstylist Chris Appleton. Appleton is also responsible for Kim's blonde hair.

The new episode of Keeping Up With the Kardashians premieres on Sunday, Feb. 25 at 9 p.m. on E! 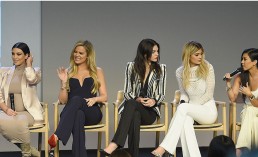 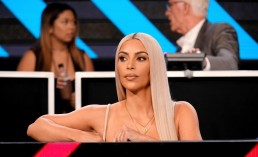 Kim Kardashian Asks If 'This Is Us' Is Good, Gets Funny Reply From Justin Hartley 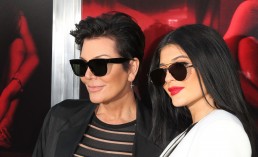