Ariana Madix opened up about her mental health struggles and body issues during the sixth season of Vanderpump Rules.

After Madix admitted that she was no longer interested in sleeping with boyfriend Tom Sandoval due to her ongoing insecurities with her body, Sandoval opened up about Madix's mental health during an interview on Reality Life with Kate Casey.

“I love Ariana so so much," Sandoval said, according to a report by All About the Real Housewives on Feb. 27. "I’ve never been in love the way that I am with Ariana…I feel like we’ve always been a good support system with each other."

Madix and Sandoval began their romance at the end of the second season of Vanderpump Rules after his drama-plagued relationship with Kristen Doute came to an abrupt end. Since then, the couple has been living together in Los Angeles, California.

During an earlier episode of the currently airing sixth season of Vanderpump Rules, Madix admitted during a conversation with Lala Kent that she doesn't like her body and doesn't want anyone to touch her. She then said that she was involved in a romance with a previous boyfriend who degraded her and caused her to feel that she wasn't good enough and didn't look as attractive as other girls.

While Sandoval is clearly a fan of Madix's appearance and often says how he loves to be with her, her emotional struggles have continued to be a problem for the reality star. That said, Sandoval, who is currently working on opening a restaurant with Lisa Vanderpump and Ken Todd, is doing his best to be patient and understanding with Madix as she goes through the process of working out her struggles.

"In a lot of relationships, there’s a resentment that builds up…I know she had issues in the past. I understand and I want to help in any way I can. The better she feels about herself, the better she can be outwardly,” he explained.

Madix and Sandoval first began sharing their romance with the cameras during season 3 of the show. 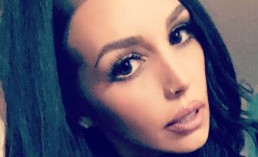 Robert Parks-Valletta Speaks Out About Scheana Marie Relationship On Instagram 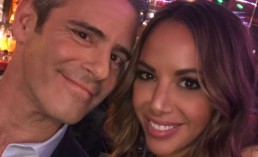 Kristen Doute Wants To Get Involved With The Tom Tom Restaurant 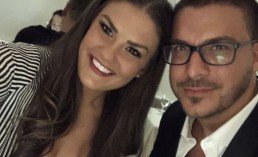