Jennifer Lawrence is among the many women rumored to be dating Brad Pitt following his split from wife Angelina Jolie. However, the Red Sparrow actress put rumors to bed and clarified the real status of her relationship with the actor.

Lawrence talked about the dating rumors during a guest appearance on Bravo's Watch What Happens Live with Andy Cohen on Thursday. The Oscar-winning actress only laughed off the speculations and clarified that she and the father-of-six are not going out.

However, the Mother! star admitted that she was actually okay with the rumors. She found them hilarious, so much so, that she was not in a rush to clear her name.

"But, I also wasn't like, in a huge hurry to debunk it," Lawrence added.

Lawrence is not the only A-list women celebrity in Hollywood that has been rumored to be dating the Inglourious Basterds star. Pitt has also been paired with Kate Hudson, who like the Red Sparrow actress, had the same hilarious response to the rumors.

Hudson addressed the rumors in her guest appearance on Cohen's show and called the speculations "awesome." She said it was the craziest rumor of all time, because not only is it untrue, but she also has not met the actor in years before the rumors started.

"As a matter of fact. I hadn't actually seen him in, like, four years. It was kind of an awesome rumor. I kind of liked it. I was like, 'OK, fine. We're having twins!'" Hudson told Cohen in November.

Talking about relationships, the 27-year-old Lawrence opened up about her split from Mother! director Darren Aronofsky. She told Cohen that when she and Aronofsky first broke up, she confided in her friend Amy Schumer. The comedian later sympathized with her and sent her a bouquet of flowers along with a note that made Lawrence laugh, because Schumer wrote, "I'm so sorry to hear you're gonna die alone. Love, Amy."

The Hunger Games star admitted that even though she and Aronofsky are no longer dating, they still remain friends. She still considers him as her creative partner and is thinking of doing another film with him again.

"We have an amazing friendship that started before the movie, then we had a partnership with the movie, and then we had a romance that came from the movie, so when you strip the romance away, we still have immense respect for each other," Lawrence revealed in her cover interview for Vanity. 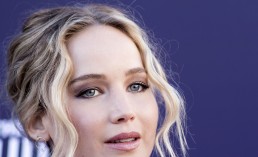 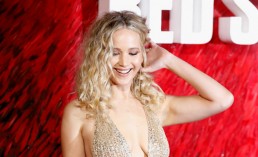 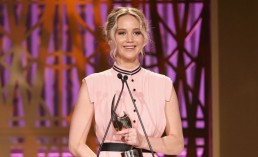