Kathy Griffin is ready to return to the spotlight with two upcoming shows after she faced intense backlash in May 2017 over a viral photo that shows her holding a fake decapitated head of Donald Trump.

Griffin has booked two shows that will take place close to home of the U.S. President Trump. The comedian has a show in New York City's Carnegie Hall and in Washington D.C.'s Kennedy Center, which she described as "Trump's backyard."

The 57-year-old Griffin broke the news during a guest appearance on HBO's Real Time With Bill Maher on Friday night.

"I'm dipping my toes into touring again even though the Trumps and nobody wants me to work again. I'm not decimated," Griffin said, quoting Trump's eldest son Donald Trump Jr., who previously said that he wanted to "decimate" her career.

"And Don Jr., like of all people Don Jr., that frickin' Cro-Mag, that barely human whatever his deal is, he goes on Good Morning America and says we don't just want to ruin Kathy Griffin's career, we want to decimate her. And that was like months after the photo," the comedian added.

On Sunday, Griffin promoted her upcoming shows on Twitter with ticket sale links for shows in Seattle, San Francisco, and Boston. She also revealed that tickets for her Carnegie Hall will go on sale next week.

A) Tickets are on sale now for my new shows in the US and Canada!!! To see if I'm coming to your city scroll down this thread! Tickets for my Carnegie Hall show are going on sale this week...fans who sign up for my email list get first dibs..sign up here: https://t.co/2ABuYJyTUt — Kathy Griffin (@kathygriffin) March 11, 2018

Aside from New York and Washington D.C., Griffin also announced shows in Canada, in cities including Calgary, Alberta, Toronto, Vancouver, British Columbia, and Kitchener in Ontario.

The Kathy Griffin: My Life on the D-List star had to step out of the spotlight and cancel her tour dates after she received death threats from Trump supporters. Hollywood criticized her and threatened her with a charge to assassinate Trump. CNN also fired her from co-hosting its annual New Years' Eve coverage alongside Anderson Cooper.

Griffin elaborated on her experiences following the controversy with Maher, where she revealed that she had trouble landing jobs in the United States. The extent of the scandal even affected her international tours. She revealed that she was detained in airports and put in detention rooms for interrogation.

"There were times when they took my devices. When you're in that moment, you're at the mercy of the one or two people in that room," Griffin told Maher. 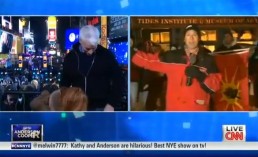 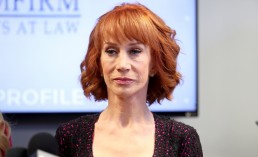 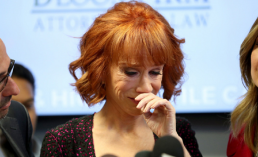 Kathy Griffin In Recent Press Conference: 'What's Happening To Me Has Never Happened Ever In The History Of This Great Country' [VIDEO]