Word is Cameron Diaz is ending her career as an actress. The star, who is known for her roles in films like The Mask, Charlie's Angels, and There’s Something About Mary, reportedly wants to spend more time with her husband, Benji Madden.

Blair said that recently over lunch together, Diaz told her she's ending her career. The ladies, who starred in 2002’s The Sweetest Thing together, were discussing their collaboration in the movie. Blair said she was telling Diaz that she hoped they could do a follow-up. Diaz allegedly told Blair that she is no longer starring in hit movies and would rather focus on her husband.

“I’m done,” Diaz said of the entertainment industry, according to Blair. “I mean, she doesn’t need to make any more films. She has a pretty great life. I don’t know what it would take to bring her back. She’s happy,” Blair added.

Diaz has already been on a nearly four-year hiatus as of her last movie, Annie, which was released in 2014. While she had hinted before at taking time away from acting, one insider confirmed the news of Diaz’s retirement. They said she’s always given scripts for potential movies that executives hope will convince her to come out of retirement.

“She’s happy, in love and wants to make most of her freedom and free time,” said the source.

As for her family, Diaz announced that she hoped she and Madden would have a baby together. She was just one of a handful of celebrities who were rumored to be pregnant last year. Until her baby bump comes, Diaz is said to be perfectly content living as a “housewife” with Madden.

Interestingly enough, the star has been difficult to keep up with on the internet. She hasn’t posted on Twitter or Instagram since Election Day in 2016. Madden, who got his own claim to fame as a guitarist and singer for the group Good Charlotte, has been much more vocal on social media. The last photo he posted of Diaz was in August to celebrate her birthday. He gushed over her "compassion," "kindness," and "depth."

Madden and Diaz tied the knot in a private ceremony on Jan. 5, 2015. They had been dating for seven months before that. Their wedding took place at their home in Beverly Hills. Word is the ceremony was only 15 minutes and hosted less than 100 guests. 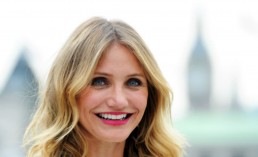 Could Cameron Diaz Be Expecting Her First Child? 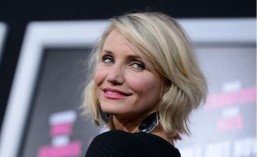 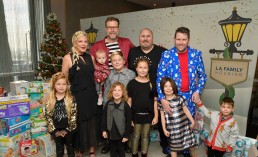