Donald Trump, Jr. and his wife, Vanessa, are expecting to file for divorce. Page Six has exclusively learned that the couple has marital problems.

The Long Road To Divorce

Trump Jr. and Vanessa were married in November 2005. The couple have five children -- Kai, Donald III, Spencer, Tristan, and Chloe, and were found to have been living separate lives. Many officials inside the Trump Organization have gone radio-silent when it comes to the status of this impending legal proceeding.

The Metro found that the couple have not been seen together in over a span of a few months. In fact, the media outlet even reported that Donald III accompanied the eldest Trump son for the family's massive New Year's Eve party at the family's iconic country club, Mar-a-Lago.

"The problems have been for a long time, the couple had hoped to stay together during the president's time in office, but it has been getting harder to resolve their issues. He's never there," said an insider close to the Trumps in a statement to Page Six.

A strong reason for the downfall of Trump Jr. and Vanessa's marriage could be the fact that Trump Jr. travels around the world. The 40-year-old divides his travels between working on assignments for the Trump Organization and celebrating his love for hunting. Trump Jr.'s passion for hunting has angered millions of animal activists, especially that he posts all his social media photos of the deceased game, including elephants, following his hunting excursions.

Also, concerns have grown over several of Trump Jr.'s allies following his increasing presence on Twitter. His friends are worried that he is following the same habits as President Donald Trump. Reports have indicated that over the past few months, he went after a survivor of the Parkland, Florida school shooting and also made fun of socialism on Twitter.

In February, the couple faced a turning point in their relationship. While alone in their New York City residence, Vanessa she opened an envelope that contained a suspicious white powder along with a disturbing letter. Although the New York Police Department stated that the white powder was not hazardous, the attack made Vanessa uneasy, and she was forced to head to an area hospital. Eventually, the white powder was revealed to be cornstarch.

Trump Jr. and Vanessa are not the only celebrity couple to get a divorce this year. Fox News host Jesse Watters' wife, Noelle, filed for divorce after it was discovered that her husband had an affair with a 25-year-old associate producer. While Watters kept his job at the network, the 25-year-old associate producer was reassigned to Laura Ingraham's The Ingraham Angle.

The Shape of Water director Guillermo del Toro revealed to a Mexican media outlet that he quietly divorced his wife, Lorenza Newton, in September 2017. The couple was married for nearly 31 years. The couple has two daughters, Marisa and Mariana.

Actor Russell Crowe and wife Danielle Spencer are commemorating their 15th anniversary by getting a divorce. The actor and his ex-wife have decided to team up with Sotheby's for a massive auction that is expected to feature hundreds of treasures from Crowe's film career and rare artwork collection. 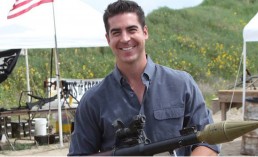 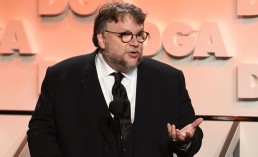