Paris Themmen, who played Mike Teevee in Willy Wonka and The Chocolate Factory, surprises fans in his guest appearance in Jeopardy!

Themmen appeared on the Tuesday episode of Jeopardy! without giving the audience a hint that he is that Willy Wonka child star. When host Alex Trebek asked the contestants about their current endeavors, Themmen introduced himself as an entrepreneur and an "avid backpacker" from North Hollywood, California.

The 58-year-old actor followed up that he traveled to 61 countries, but he never mentioned that he was part of the Willy Wonka adventure film. It was not until social media users tweeted their observations that Themmen's guesting started making rounds.

"I was making dinner in the kitchen, listening to Jeopardy when Alex Trebek started introducing contestants at the break. He said @ParisThemmen and I ran out saying MIKE TEEVEE!!! My wife thought I was nuts. Great job Paris!" another fan with Twitter handle Wildbill said.

Themmen played Mike Teevee in the 1971 classic American musical fantasy created by Roald Dahl. The original character in the book was Mike Teavee, but the film crew adopted a different spelling. In 2015, the Willy Wonka stars reunited after 44 years of their movie stint.

The members of the gang are not able to constantly communicate with each other, but that does not stop them from treating each other like family, according to Themmen.

Their roles in the movie are not all wonder and glories. Some of them, like Nickerson, got 13 cavities from all the gum chewing required by her character. Others, according to Themmen, had to shy away from the public's perception of them.

Charlie And The Chocolate Factory The Musical

Dahl's masterpiece is hitting the theaters once again in a live musical in Australia. Charlie and the Chocolate Factory the musical, sponsored by producers John Frost, Craig Donnell, Warner Bros. Theater Ventures, Langley Park Productions, and Neal Street Productions, will premiere tentatively on January 2019 at the Sydney Capitol Theater.

"I fell in love with Charlie and Willy Wonka on Broadway last year, and can't wait to share it with Australian audiences," said Donnell. "The pure joy on the faces of the audience, which ranged from 8 to 80, was wonderful to see. I know Australia will love this wonderful show as much as I do." 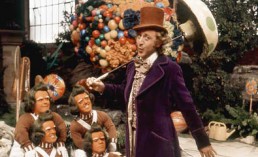 Willy Wonka's movie will surely make you crave for more; Warner Bros. to feature the exciting adventures of Wonka 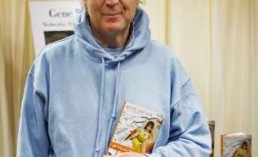 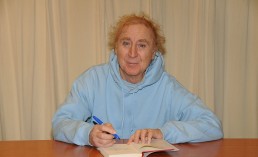