Kendall Jenner is at the top of her game and has no plans on stopping just yet.

The model stopped by The Ellen DeGeneres Show to talk more about her career, her expanding family, and if she is next to bring a baby into the world.

Kendall Jenner Has No Baby Fever

The 22-year-old chatted with the animated media personality about her growing immediate family. While she couldn't stop gushing about her adorable nieces and nephews, the reality star said she has no plans to become a mother anytime soon.

"I have moments when I'm like, 'Do I have baby fever? Do I want a baby right now?' But I don't, I don't. I'm good. I can wait for a little while longer, but it's awesome because I have all these little babies to play with, so I can play with them and then just give them back," Jenner stated.

Jenner went on to share that out of all her siblings, she has a lot of more in common with the eldest Kardashian, Kourtney. While discussing Khloe Kardashian's all-pink baby shower, Jenner also said that she's not as flashy as her other siblings and likes to keep things on the simple side.

The Keeping Up with the Kardashians star recently opened up about her youngest sister Kylie Jenner welcoming her first child, Stormi Webster. Reports suggested that the two drifted apart due to Kylie's pregnancy. However, Kendall dismissed the rumors and commended her sister for making such a brave decision.

"It's not that it's more exciting than any other births in the family - it's different exciting, because she's my baby sister who I grew up with. To see my best friend growing up have a baby? It's already made us even closer," Jenner stated.

The model also spoke of rumors that she is a lesbian, which, according to her, started because she is not as open about her love life like her sisters. The notoriously private young beauty has been romantically linked to NBA player Blake Griffin.

As of now, her older sister Khloe is currently expecting a baby girl that is due next month. Jenner's other sister, Kim, recently welcomed her third child, a girl named Chicago via surrogate.

© 2020 ENSTARS, All rights reserved. Do not reproduce without permission.
TAGSKendall Jenner Keeping Up With The Kardashians
SEE COMMENT
CLOSE COMMENT 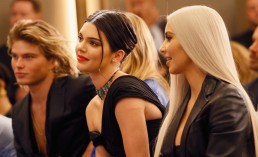 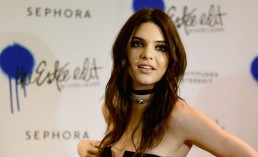 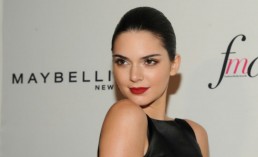