At almost nine months pregnant, Khloe Kardashian allegedly experienced a health scare that has left her shaken up.

According to Hollywood Life, the first time mom was rushed to Cedars-Sinai Hospital in Los Angeles, California, which is the same hospital her sisters, Kim Kardashian and Kylie Jenner, welcomed their daughters earlier this year.

It seems that the experience was so terrifying for the Good American designer that she is actually considering giving birth in Cleveland, Ohio, where she and her boyfriend, Tristan Thompson, share a home.

"Everyone was worried she'd need an emergency C-section," a source claimed.

The source didn't explain the extent of the issues that Kardashian experienced, but she is reportedly doing okay now.

Khloe Opens Up About Her Pregnancy Woes

Fans of the reality star know that she has shared several details about her pregnancy on social media but spoke in depth about the process in season 14 of Keeping Up With The Kardashians.

On a particular episode, the expecting mother told her sisters Kim and Kourtney Kardashian that she was struggling with low levels of progesterone, which plays a vital role in childbearing.

Kardashian further explained that she was taking pills to help compensate for the low numbers, but instead, they caused her pain.

"Literally, I can't walk. I just feel sick every night. I feel gross," the 33-year-old says in the clip.

Although the pills may have wreaked havoc on her body, they actually helped save her pregnancy.

The Revenge Body star further revealed that this is one of the reasons why she chose to keep her pregnancy a secret for a while.

"There's a lot of complications. A lot of things could happen. I could've had a potential to miscarry," Kardashian continued.

Opening up about her pregnancy issues wasn't the only thing the reality star did on her family's famous series. Kardashian also found out the gender of her baby, which was revealed to her by her little sister, Kylie Jenner.

Jenner told Kardashian that she would be welcoming a baby girl with her boyfriend, Tristan Thompson.

Luckily, the mother-to-be is in good health now as she gears up to presumably give birth sometime in April. 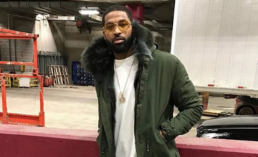 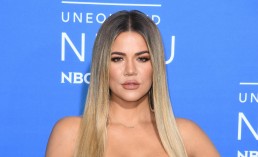 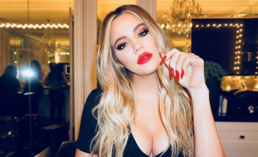