Donald Trump Jr. has broken his silence following the mind-blowing announcement that his wife Vanessa filed for divorce after 12 years of marriage.

President Trump's eldest son took to his Instagram page and posted a selfie of him and 3-year-old Chloe for his 1.5 million Instagram followers to see. The photo happened just hours after Vanessa decided to end her marriage with the real estate entrepreneur.

"No matter what is going on bedtime cuddling with this smurf puts a Yuge smile on my face," wrote Trump in a post obtained by TMZ.

No matter what is going on bedtime cuddling with the smurf puts a Yuge smile on my face. #bedtime #daddysgirl #cuddle A post shared by  Donald Trump Jr. (@donaldjtrumpjr) on Mar 15, 2018 at 5:25pm PDT

On Thursday, March 15, Vanessa and Trump, Jr. released a joint statement. It was Vanessa who first motioned to divorce her husband. She filed the divorce papers at a New York City Supreme Court.

Sources stated that Mrs. Trump does not have plans to transform this divorce into a nasty custody suit. It is also expected that Vanessa will not challenge Trump, Jr. for anything related to their assets.

"After 12 years of marriage, we have decided to go our separate ways. We will always have tremendous respect for each other and our families. We have five beautiful children together and they remain our top priority. We ask for your privacy during this time," said the Trumps in a statement to Page Six.

Enstars previously reported that both Trump Jr. and Vanessa prepared to end their marriage on Wednesday, March 14. The couple, who share five children, namely Kai, Donald III, Spencer, Tristan, and Chloe, were having to live separate lives.

One of the relationship's significant breaking points happened last month when Vanessa opened an envelope that contained a mysterious white powder and a threatening note. Despite the New York Police Department stating that the white powder was just cornstarch, Vanessa was taken to the hospital as a precaution.

Another factor that caused the couple's marriage to deteriorate was Trump Jr.'s constant traveling. Since President Trump has been in office, he assigned both of his sons, Trump Jr. and Eric, to take over the family business.

When he is not traveling abroad to represent the family business, Trump Jr. is busy with his controversial hobby: hunting. Trump, Jr. enraged animal rights activists as he posted several of his prizes on social media.

Lastly, members of Trump Jr.'s inner circle have been increasingly getting nervous with his provocative posts on his page. Several allies reportedly cringed when they learned that Trump Jr. faced off against a survivor of Parkland, Florida high school shootings.

The Trumps are not the only couple going through the harsh spotlight of divorce. Actor Russell Crowe and ex-partner Danielle Spencer are commemorating the end of their 15-year marriage by putting up items up for auction in Sotheby's Australia.

Former "Child Bride" and Reality TV star Courtney Stodden filed for divorce from husband actor Doug Hutchinson. The duo made headlines when Stodden and Henderson married when she was 16 years old. Many believe that the duo's relationship fell apart after Stodden miscarried in 2016.

Enstars has reached out to the Trump Organization for a comment. 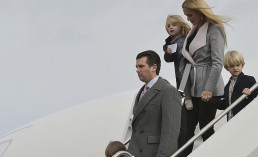 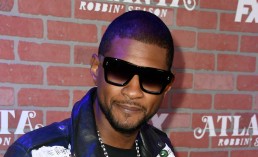 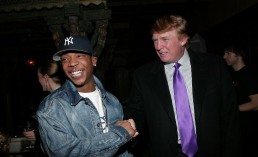