Clueless actress Stacey Dash is withdrawing from her congressional run just after a month she filed her paperwork. The 51-year-old Republican announced her bid on Feb. 26, but after much thought and talks about it, it seemed that the actress is not yet ready to snatch the congressional seat for the 44th District of California.

"After much prayer, introspection and discussions with my family, I am withdrawing my candidacy for California's 44th Congressional District," Dash wrote.

The former Fox commentator added that she was and is for improving the citizens' lives. Dash's decision was because of "the overall bitterness surrounding our political process" and winning or even campaigning could be harmful to her family, though she did not elaborate.

However, sources of Hollywood Reporter claim that the decision came after death threats were sent to the family, and Dash, fearing for the well-being of her family, opted to steer clear of the elections.

"There were too many threats against her and her family. It was overwhelming," an insider said.

It seemed that she is well-aware that her remarks have been branded controversial, though she stressed that what should be surrounded by controversy are the "decades of government corruption and political disempowerment." These, according to Dash, were what led to the pressing issues of the district, which were allegedly deemed acceptable by the officials.

Her statement ended with a jab on the current administration holding the district. It is currently Democrat Rep. Nanette Barragan who holds the position in the 44th District of California, which includes San Pedro, Watts, Compton, and North Long Beach.

Days leading to her announcement in February, she had been teasing her fans, asking them for an opinion of a possible run. Dash was supposed to be running under the banner "Dash to D.C." Her running for the congressional seat was a bold move, considering that the position was held by Democrats since 2012. Moreover, most of the citizens are pro-Democrats, judging by the latest presidential elections wherein Hillary Clinton won by a landslide victory, 83 percent-12 percent.

Dash played Dionne in the iconic film Clueless. Since then, she ventured into other career paths including being a commentator. Her contract was not renewed in 2016 after announcing her tirades against former U. S. President Barack Obama on live TV.

She also caused a stir in 2016 after claiming Black History Month wasn't necessary. Because of this, her Oscars appearance was plagued with stiffness and created a rather awkward atmosphere during the event. 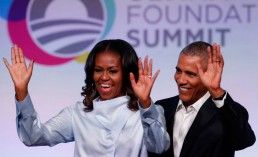 Barack And Michelle Obama Taking Their Talents To Netflix? 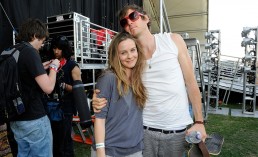