Controversial Bachelor Arie Luyendyk Jr. has found himself in hot water once again. He was criticized for an offensive Twitter joke, posted on Easter Sunday.

Making Light Of A Sad Topic

The post in question suggested that Luyendyk Jr. and his fiance Lauren Burnham were expecting a baby.

"Secrets finally out, we have a bunny in the oven! @laurenburnham91," the 36-year-old tweeted.

It was accompanied by a photo of Burnham cradling her tummy, showing off what appeared to be a sizeable baby bump.

The Bachelor contestant, who didn't win the show but ended up with Luyendyk Jr. following an 11th-hour change of heart, previously gushed about how excited she was to start a family.

About an hour after posting the tweet, race-car-driver-turned-real-estate-agent admitted that it was an April Fool's joke, setting off a wave of backlash from fans.

Several of the Bachelor alum's followers called him out for being insensitive to women who can't conceive.

"Come on. be better than that. it's not a joke for many struggling families to get pregnant, it's extremely expensive and it's heartbreaking. ... This is not funny, it's cruel," one fan tweeted in response.

Luyendyk Jr. seemed to acknowledge his error, tweeting the following morning that he was sorry to anyone he'd offended.

"I do have sympathy for women struggling from infertility. My April Fools prank was in no way meant to offend women who struggle with that," he read.

He also apologized to anybody directly affected by his joke. The response from fans wasn't highly positive, with many claiming the apology wasn't sincere, and that the original criticisms still stood.

Some, however, claimed that people shouldn't be so sensitive and that it was meant in good fun.

There were those, of course, who used the moment to confirm that Ludendyk Jr. and Burnham are the most hated couple in Bachelor history.

He'll Never Live It Down

The season 22 bachelor courted controversy when he dumped Becca Kufrin, whom he'd proposed to on the show, for Burnham during the finale.

Using Kufrin's pain to sell the show was seen as an act of supreme cruelty. Burnham's willingness to run back to Ludendyk Jr. didn't go down well with the show's predominantly young, female audience.

The final featured a horrifying, 40-minute unedited scene of Kufrin being dumped on camera by an emotionless Ludendyk Jr.

He and Burnham haven't been shy about sharing their love with the world either. Just recently, the couple tweeted pics from a romantic vacation.

I do have sympathy for women struggling from infertility. My April Fools prank was in no way meant to offend women who struggle with that. I apologize if you were effected personally by my post.— Arie Luyendyk Jr. (@ariejr) April 2, 2018 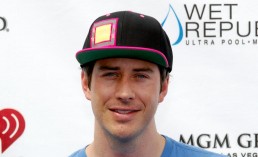 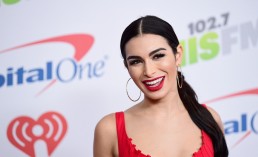 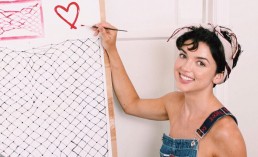