Ashley Iaconetti and Kevin Wendt are opening up on the reason why they called it quits just weeks after they found romance in Bachelor Winter Games.

Iaconetti admitted that it may seem harsh but the reason for the split was the lack of spark in the relationship. The 30-year old told former The Bachelor star Ben Higgins during Wednesday's podcast episode of Ben and Ashley I Almost Famous, that she and Wendt get along very well. However, she cannot help but feel that there is something missing.

"I feel like you get those connections all the time where if you take away our outside world and just put Ashley and me on an island together, we'd probably get along really well. And that's what Vermont was."

However, the Canadian hinted that he was willing to work on the relationship when asked if he too felt that lack of spark as Iaconetti feels. Wendt said that he is the type who does not give up on things easily. He was "still ready to come there again," although he admitted that he and Iaconetti battled with commitments.

Iaconetti broke up with Wendt after he missed out on her 30th birthday because of work. The 34-year-old Wendt said that he wanted to be there for her birthday and that he was really planning on coming out that week to meet her.

"I knew we definitely had an uphill battle. I wasn't 100 percent in yet, but I also knew I wanted to see her again," Wendt explained.

However, as the days passed Wendt gave the split some thought and realized that Iaconetti made the right call in ending their relationship. He acknowledged that breaking up was the way it should be and jokingly accused Iaconetti of putting him on the friend zone.

On a serious note, Wendt agreed that the spark was not fully ignited when he and Iaconetti had the conversations about the future of their relationship. He also does blame her for ending their relationship. Instead, Wendt wishes only for the best for laconetti.

As for Iaconetti, she is speaking up about the split because she does not want The Bachelor fans "villainizing" her ex and the media spreading false stories about their breakup. She also wants everyone to know that she and Wendt are on friendly terms. 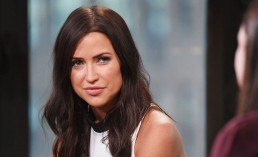 Here's What Happens During 'The Bachelor' Happy Couple Weekends 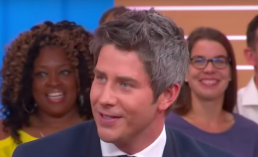 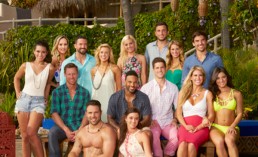 ‘Bachelor in Paradise’ Season 2 Premiere: What Captures Ashley Salter’s Attention When She Arrives In Sayulita? [VIDEO]