Fans have shown Kenya Moore lots of love when she confirmed her pregnancy on part one of The Real Housewives of Atlanta reunion on Bravo Sunday night.

Some fans gave her the side eye, however, after more details about her marriage had been revealed.

Kenya Moore Has Yet To Meet Her In-Laws

Moore’s marriage to Marc Daly put her in the hot seat during the intense reunion special. Throughout the season, many of her co-stars speculated if she was really married after she tied the knot in a secret ceremony over the summer.

Porsha Williams challenged Moore at the reunion and asked why Cynthia Bailey wasn’t invited to the wedding, considering Bailey and Moore are good friends on and off camera.

Moore revealed she didn’t trust Bailey with the secret. She also pointed out that her own father wasn’t around at the wedding.

Host Andy Cohen jumped in and asked if Daly’s parents were there. Moore said no. He then asked if she’s ever met his parents. She said that only on the phone because his parents live in a different state.

Fans Go Off On Kenya

It didn’t take long for fans to come for Moore, with thoughts that she certainly should have met her in-laws by now as they approach their one-year anniversary.

Your husband lives in New York or (lived) while you were in Georgia soooo whatsbthe beef with getting a flight to the state his parents live in @KenyaMoore #rhoareunion — khels (@Khels_kapowski) April 9, 2018

Okay now wait I'm with @iheartMarlo @KenyaMoore you married and have never met his parents and y'all about to have a baby and they live in this country but not the state okay @Andy that doesn't sound strange #RHOAReunion — shavonn clanton (@shu313) April 9, 2018

@RHOAREUNION @Bravotv @KenyaMoore You met his parents over the phone! You guys are married.. Stop! I can't.. I really can't with you. — Mel Lynn (@mel1lynn) April 9, 2018

Over the phone? @KenyaMoore what ‘s Mark’s parents name? They got a Facebook? #RHOA — NatoyaEbony (@NatoyaEbony) April 9, 2018

Something ain’t right with the fish grease, @KenyaMoore has not met her husband’s parents yet? Did airplanes become extinct? I’m confused. #rhoa — Just Joi (@mjfan4life80) April 9, 2018

I get that part, but this has been a while now and Kenya and him has been out of the country, but hasn't traveled to another state to see his parents. Something is wrong with that. — Kameshia Johnson (@Fitts26) April 9, 2018

Still, in true Moore fashion, she clapped back at her critics on social media. While his parents weren’t on the guest list, Moore tweeted that he did have a family present for his big day.

Yes this was explained on the show. 8 people...his brother and wife and man of honor and wife attended for the groom https://t.co/u5TE4aTicq — KENYA MOORE (@KenyaMoore) April 9, 2018

@KenyaMoore ‘s husband’s parents live in another state but SO DOES HE and she flies back & forth to be with him so WHY haven’t she met his parents again? #rhoa #RHOAReunion — Michelle Lewis (@Jadapooh32) April 9, 2018

“Nothing is in a rule book,” added Moore. “We are well loved and supported by our families… People always looking to judge or criticize.”

She also noted that Daly and her father didn’t meet until months after their wedding when her grandmother passed away.

Daly also caught a bit of flak at the reunion for his alleged opinions on the reality show. Moore, who initially kept Daly's identity a secret, spoke on his behalf and denied rumors that he didn’t think the show represented African American well.

Interestingly enough, Cohen was the one to pull out receipts on Moore and said Daly told his staff his negative opinions about the reality show.

While Moore seemed to be quiet on the set, she took to Twitter to share her side of what really went down between her and Cohen. She said the series didn’t show her full response and that Daly was more concerned about how men were portrayed on the show, not the women.

Nope they just edited my response out. He never said that about the women. Concerns were about the men. https://t.co/jeCppHfxdw — KENYA MOORE (@KenyaMoore) April 9, 2018

Marc's concern was of black men on the show not the women #facts #RHOA — KENYA MOORE (@KenyaMoore) April 9, 2018 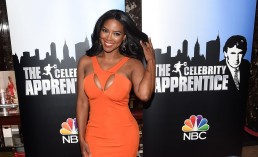 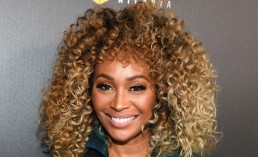 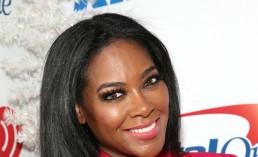