Everyone has been obsessed with a possible wedding between Gwen Stefani and Blake Shelton, but no one is more excited than the potential bride-to-be.

Stefani, 48, has been with boyfriend Shelton, 41, since 2015. As their romance developed in front of the cameras and off of it, fans and media begin to wonder when and if they are ever going to tie the knot.

In an appearance at The Ellen DeGeneres Show last Tuesday, April 10, Stefani opened up about her future with the country star admitting that she thinks about getting married to Shelton all the time.

DeGeneres begins the interview, going straight to the point as she asks how the "sexiest man in the world" is doing. The topic quickly turns to Stefani's romance with People's "Sexiest Man Alive" as the host inquires about the reports of their supposed wedding.

"I'm just confirming what the tabloids are saying, which is that ya'll are getting married," DeGeneres tells the songstress in an attempt to get her to admit an engagement.

In response, Stefani points out that answering that particular question is a lose-lose situation.

DeGeneres continues to press her for details good-naturedly, telling the former The Voice coach that the couple should get married.

"You know what, I love weddings. The kids love him, we love him, everybody loves him. He's lovable," Stefani says. After DeGeneres tells her to simply think about getting married, she admits, "I do, I think about it all the time."

Gwen Stefani Gets A Vegas Residency

When DeGeneres relents from interrogating Stefani about her love life, the two pals talk about the major development in the former No Doubt frontwoman's career: her very first Las Vegas residency stint.

The singer will also be giving back to the community with her upcoming show. A dollar from every ticket sold for Stefani's show will go to the Vegas-based charity Cure 4 The Kids.

Stefani's Las Vegas show "Just a Girl" will be at the Zappos Theater in Planet Hollywood Resort & Casino, according to Us Weekly. The residency's first show is on Wednesday, June 27. 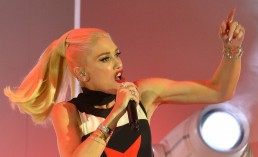 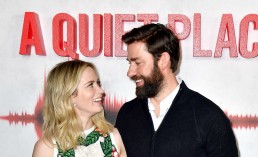