If there is one person that wants Blake Shelton and Gwen Stefani to tie the knot, it's singer Luke Bryan. The country star joked that he would be more than happy to officiate the couple's nuptials.

However, Bryan stated that he has a request should the love birds take him up on his offer. The singer joked that if Blake and Stefani do get married, they better do it fast.

Bryan spoke about the couple during an interview with Entertainment Tonight where he poked fun at Stefani's poor eyesight.

"If Blake were smart, he would marry her before she goes to an optometrist. Every time I meet Gwen, she's holding her phone way out here to read. I'm like, 'That's it, she can't see!" Bryan joked.

This isn't the first time Bryan commented on Shelton's girlfriend. Back in January 2017, the singer told People Magazine that she thinks Stefani "fits in" the country music world though she's a pop singer.

"I think Gwen enjoys learning a little bit more about us country people! But she totally fits in and has a blast," he stated in 2017.

Are Wedding Bells Next for Gwen And Blake?

Shelton and Stefani were the couple of the evening at the 2018 American Country Music Awards on Sunday evening, April 15. Sources stated that Stefani was Shelton's biggest fan during the evening and gave the singer a standing ovation after he performed the song "I Liked It."

When Shelton won People Magazine's Sexiest Men Alive title, Stefani spoke on how it's not Shelton's appearance that makes him sexy, but his heart.

"It's all about the heart, and he has that big ol' gigantic heart in there, so he's quite an attractive human. I'm not the only one that thinks it!" Stefani stated. 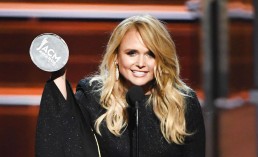 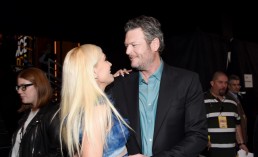 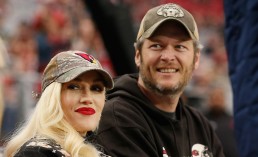