Amy Schumer is in talks to star in the upcoming biopic Christy Martin from Voltage Pictures. The comedian has been tapped to take the title role.

Schumer is leaving her comedic chops behind in the drama film, which tells the story of the titular character as she works her way up to become a successful boxer. Christy Martin is the true story of the world champion boxer of the same name who had to fight through a man's world to gain recognition and success in her skill.

Martin never gave up and eventually found the success she has yearned but not true love. The boxer was married to her trainer James Martin in 1991. However, once she realized who she was personally, she fell in love with a woman and left her husband for her lover. Martin found love with her business manager Sherry Lusk.

The decision had its dire consequences for Martin. Jim was pushed to the edge one night, and he violently stabbed her several times and shot her at least once. He left her for dead in the home they shared in Apopka, Florida.

Martin was able to escape and flag a car to take her to the hospital. The brutal attack left her fighting for her life. Martin testified against James later in court, and he was sentenced to jail for 25 years for second-degree attempted murder.

Martin, who now goes by her maiden name Salters, retired from professional boxing with high colors. She achieved a total of 49 wins, three draws, and seven losses. She was hailed as the first female to ever be inducted into the Nevada Boxing Hall of Fame in 2016. She was also the first ever female to sign a deal with renowned boxing promoter Don King.

Further details about the remaining cast and about Schumer's involvement with Christy Martin remain scarce. According to reports, director Katherine Fugate of Valentine's Day and Army Wives will pen the screenplay and helm the biopic. Jonathan Decker will serve as executive producer alongside Alissa Phillips, Alix Madigan, and Nicolas Chartier as producers.

Taking on the lead role in Christy Martin will be a decided shift for Schumer since the film is a gritty drama. The actress has mostly been appearing in comedy films such as Trainwreck and Snatched. Schumer recently starred in the comedy film I Feel Pretty, which Voltage Pictures also produced. 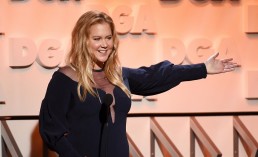 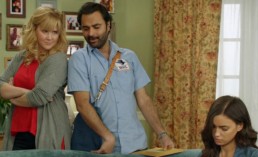 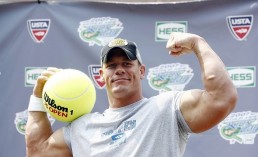 'Trainwreck' News: What Did John Cena Use While Appearing Naked In The New Movie [VIDEO]