Amy Schumer got candid about her married life and her attempts at finding Mr. Right in a recent interview. She revealed that her husband changed her perception of marriage.

Schumer talked about her many failed attempts to find a man she can settle down with, in an interview with Entertainment Tonight. The comedian admitted that she had gone out on several dates when she was single, in an attempt to find her Mr. Right.

However, it came to the point where she finally decided to give up and let fate take the lead. The I Feel Pretty star revealed that she eventually got tired of trying to "make it work with people that weren't right" for her.

"I'm done. I don't ever have to zip my knee boots up and leave a dude's place at 4 a.m. that has, like a Rottweiler," Schumer quipped.

Suffice to say, the stand-up comedian is relieved to be out of the dating scene. She is happy to leave the single life behind now that she has found her man.

In the same interview, the 36-year-old Schumer expressed her love for her husband, Chris Fischer, and revealed that he changed her perception of marriage. She said she met the chef at a point in her life when she knew that she did not want to get married.

"I just knew I didn't want to settle. I'll be fine on my own," Schumer recalled.

At the time, she was under the mindset that she could survive without a partner. She had held on to the idea that she could probably fall in love a couple or more times, but not settle down.

However, she felt differently with Fischer. Schumer recalled how she felt when she met her husband. At first, she did not know right away that she would end up marrying Fischer because they started out as friends. They knew each other for seven months before their friendship eventually turned romantic. That was when she knew that she had found the person she wanted to partner up with.

"Once I knew, I knew quick. I was like 'Oh, I'm done. I can't believe I messed with those other suckers.' "she explained.

Schumer and Fischer married in a surprise wedding ceremony attended by 80 guests in Malibu on Feb. 13. Jennifer Lawrence, Chelsea Handler, and Vanessa Bayer were among the celebrities at the wedding. The couple celebrated two months of being married on Friday. 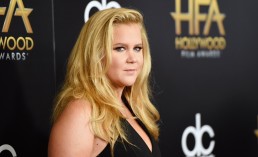 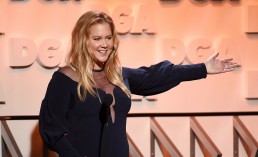 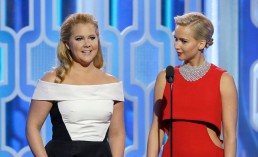