Amy Schumer has responded to accusations of body shaming against her new film I Feel Pretty and said it is disappointing that viewers missed the moral of the story.

I Feel Pretty does not open in theaters until Friday, yet those who saw the trailer already made conclusive assumptions that the movie perpetuates negative body image stereotypes. Schumer acknowledged the feminist backlash and addressed the criticisms in a recent interview. She said that viewers misunderstood the concept of the film, which is about building self-esteem instead of body shaming.

"I understood it, and knew that the film wasn't about what they thought it was about. I just wished they could see it," Schumer told Vulture.

I Feel Pretty follows Schumer's character Renee, a woman who has low self-esteem. She hits her head and suddenly acquires a sudden burst of self-confidence and sees herself as pretty and sexy. The teaser may seem to tell the ugly duckling-turned-into a swan story, (think Shallow Hal). However, the comedian said viewers missed the point of the story if this is what they perceive the movie is about.

Instead, I Feel Pretty tackles low self-esteem regardless of physical appearance. The Trainwreck actress pointed out that anyone is capable of feeling this way. Everyone struggles with low self-esteem at some point in their lives. Anyone can be beautiful yet still struggle with lack of self-confidence. The film addresses this fact in the scene where Emily Ratajkowski's character opens up about her insecurities in the locker room.

"She doesn't say, 'I'm so thin!' She just says that she's amazed by her jawline, and her boobs, and her a**. If anything, that sounds like a more voluptuous woman to me," Schumer explained.

The Inside Amy Schumer star also shared a bit of spoiler that would certainly silence those body-shaming assumptions about her film. At the end of I Feel Pretty, Renee realizes that there was no head injury. However, she is able to stay confident because she has proven to herself what she is capable of achieving.

Schumer's interview comes after I Feel Pretty costar Aidy Bryant addressed the criticism in March. He responded to a fan's inquiry about the message of the film. The actor encouraged the fan to watch the movie because it tells the story of someone who initially believes that confidence is tied to physical beauty, but eventually realizes that it comes from within. 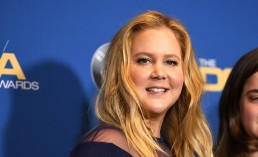 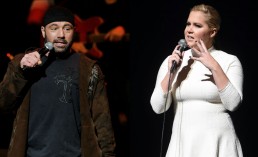 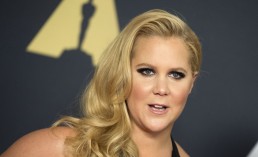