Maisie Williams solicited the help of fans in celebrating the 7th year anniversary of the show since it began airing on HBO. The actress asked viewers to send in their favorite moments from the show.

April 17 marked the 7th year anniversary of the epic drama series. The show's official Twitter page announced the celebration with the hashtag #7Years7Kingdoms. Williams, who plays Arya Stark, responded to the tweet in character. She also asked fans a favor to tweet about their most favorite moments in the series.

Raise your banners.
Join us in celebrating the 7th Nameday of #GameofThrones.  pic.twitter.com/7yNt2MHjZ4 — Game Of Thrones (@GameOfThrones) April 17, 2018

A girl is well excited to celebrate the 7th birthday of @GameOfThrones   We wanna know what your favorite moments have been, so share them using #7Years7Kingdoms ️ — Maisie Williams (@Maisie_Williams) April 17, 2018

Naturally, avid fans responded. Twitterverse exploded with tweets about Game of Thrones from Season 1 to Season 7. There are those who sent clips of their favorite scenes. One fan shared a montage of slapping scenes with King Joffrey Baratheon (Jack Gleeson) at the receiving end.

Another show follower reminisced about Daenerys Targaryen's (Emilia Clarke) transformation throughout the show's seasons. She started as a young innocent girl sold by her own brother as a slave and became a strong and courageous woman whom people call the Mother of Dragons.

Meanwhile, another fan shared a melancholic tribute to the Stark family. The fan responded with a collage of photos from when the Stark family was still complete. Jon Snow, believe to be Eddard Stark's bastard son, is also in the photo. Game of Thrones Season 7 confirmed fans long-held theory that Jon is actually a Targaryen. He is the son of Lyanna Stark and Rhaegar Targaryen.

the best family all together in winterfell #7Years7Kingdoms pic.twitter.com/gmELiiaQVR — i happen to think you’re someone worth knowing (@clairehltt) April 17, 2018

Of course, fans did not forget the epic battle scenes in the show. These include the Battle of the Bastards from Game of Thrones Season 6, wherein one fan called it the "best battle" ever. Then there is the Battle of the Blackwater and the Season 7 finale when the Night Walkers and the Night King toppled The Wall. Another thought the Hound's quest to eat all the chickens in Season 4 episode 1 was epic. Then there is Daenerys uttering her famous dragon command "Dracarys" and her first time to command the Unsullied.

7 years ago the greatest series ever premiered and has made my life so much better, every episode gives me something to look forward to and I’m grateful for it! #7Years7Kingdoms pic.twitter.com/g4P4j6vaEO — Anthony Fakhoury (@Anthony_DECA) April 17, 2018

When Daenerys becomes the leader of the Unsullied, reveals she can actually speak Valyrian and that she heard every foul thing Kraznys said about her #7Years7Kingdoms pic.twitter.com/BBcUSzHxZh — Charlotte (@lottiem_) April 17, 2018

Likewise, who could forget King Joffrey's death from poisoning at the purple wedding? There are also those who found the brutal Red Wedding their favorite moment in Game of Thrones. The tragic episode saw Catelyn Stark and her son Robb murdered.

Game of Thrones is on its last season when it returns to HBO in 2019. The showrunners and the cast have remained tight-lipped on spoilers. The network also has yet to announce the premiere date of Season 8. 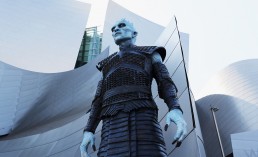 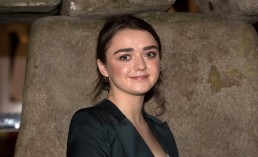